A complete guide to all Cauldron locations, machine overrides, objectives and rewards in Horizon Forbidden West. 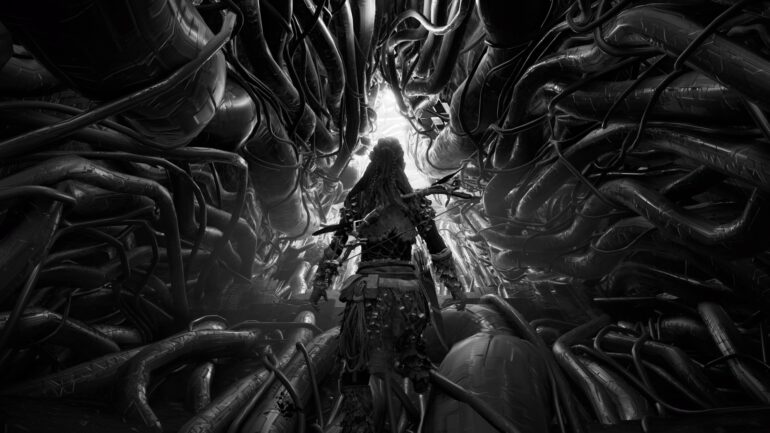 Horizon Forbidden West Cauldrons are very important when you want to override machines or use the machines as mounts.

Cauldrons are shown on your map by blue triangles, but you won’t know much about them until you get close enough to see them, and once completed these triangles turn green.

Each of these Cauldron locations is filled with challenging climbing puzzles, and each one must be completed with a boss battle in order to obtain the rewards they hold. To get through it all you’ll build up a large collection of Horizon Forbidden West machines that you can ride or get to help you fight.

To begin with, however, you must track down where they may be hidden. So here are the locations of all the Horizon Forbidden West Cauldrons in the game, as well as the rewards you’ll receive when you complete them.

What are Cauldrons in Horizon Forbidden West?

Cauldrons in Horizon Forbidden West are like special dungeons. They resemble underground dungeons, complete with hostile machines and parkouring parts to get through.

The ability to override new machines is one of the many benefits of clearing a Cauldron. New Machine Overrides are unlocked after successfully overriding the Cauldron Core. To be able to override a machine means you can tame them, some of the smaller machines can then be employed as mounts, while the larger ones will assist you in combat situations.

A full machine override from a Cauldron may not always be available, as some Cauldrons offer a mix of ready-to-use and crafted overrides. Using parts from the relevant machine, the craftable overrides can be done at the fabrication terminal back at the base.

So this means that in order to fully override some machines, you still have to take down a couple of them, even after you have completed the Cauldron mission, to be able to craft and fulfill its override requirement.

How many Cauldrons are there in Horizon Forbidden West?

Horizon Forbidden West contains a total of Six Cauldron locations. Even after completing the story, you can still find all of the Cauldrons in exploration mode.

The first two Cauldrons are derived automatically from the main story (6th and 14th Main Quest). The most effective technique is to play through the story first, and then clear up any lingering Cauldrons after that.

The Repair Bay TAU Cauldron is an essential part of the main story quest #6: The Dying Lands, and cannot be skipped. Additionally, it can’t be done separately from the main quest.

You have to go to Plainsong, where you will come face to face with the NPC Zo, immediately upon successful completion of main story quest #5 – Death’s Door. Then she will guide you through an attack by Rebels and their Machines to your destination – the Sacred Cave, which is Repair Bay: Tau, the first Cauldron, as marked on the map below.

The GEMINI Cauldron appears during a crucial point in the game’s later part of the main mission, main story quest #14 – Gemini, and cannot be completed Just by exploring the Forbidden West. There’s no way around it. In order to override the core, the process requires traveling around the massive chamber and securing various sections.

You won’t have to look for the cauldron because it will be found in the main story. In the center of the map, you’ll find Cauldron GEMINI just northeast of memorial grove, to the southwest of the Scalding Spear, as marked on the map below.

The MU Cauldron is recommended to be at least level 18 to partake. This can be the first Cauldron you’ll encounter just by exploring the Map. Jumping from large, swinging robot arms can be challenging and lead to some unpleasant game play. However, the process is quite simple and you should be able to breeze through it.

To get to Cauldron MU, you’ll have to walk a bit into the wilderness, which isn’t too difficult to find. Located Southeast of the map, at the base of the snowy hills, Southwest of Cinnabar Sand’s Tallneck.

The IOTA Cauldron accomplishes two goals in one go. In order to override the core, you’ll need to kill several machines and scale platforms as usual. After completing the Cauldron, you’ll be presented with another task, which is to override the secret Tallneck “Salt Bite”.

Located far north of the middle area of the map, directly North of Scalding Spear. If you’re still unclear, It’s just east for the circular lake at the top of the map.

The CHI Cauldron needs to do a lot of manual work, including figuring out how to get the battery back to its appropriate places. What you need to do is reactivate the cauldron’s power. Making climbing trails will involve frequent use of your Pullcaster. You’ll have to explore areas to look for the battery, and then you’ll have to bring it back to the core.

Located along the island’s west shore, just off a beach, the open waterway in the southern area of the map, southeast of Thornmash camp.

The KAPPA Cauldron, is by far the most challenging. For one thing, you’ll have to swim in and out of the facility, and the time you spend investigating it will be spent mostly underwater. You’ll also have to deal with some challenging climbs and shifting water levels as you make your way through the course. Don’t underestimate the final battle; it’s going to be tough.

The KAPPA Cauldron can be found on the shoreline in the northwest corner of the map, west of The Bulwark. During the main quest, The Sea of Sands, you’ll be able to craft the Diving mask, which is required to finish this Cauldron.

This covers all Cauldrons in Horizon Forbidden West that we discovered.

The All Cores Overridden trophy will be awarded to you if you find and successfully complete all 6 Cauldrons in Horizon Forbidden West.

If you like this guide, check out our other Horizon Forbidden West articles:

Also check out this awesome video by 100% Guides on Horizon Forbidden West All Cauldron Locations & Solutions All Cauldron Walkthroughs: