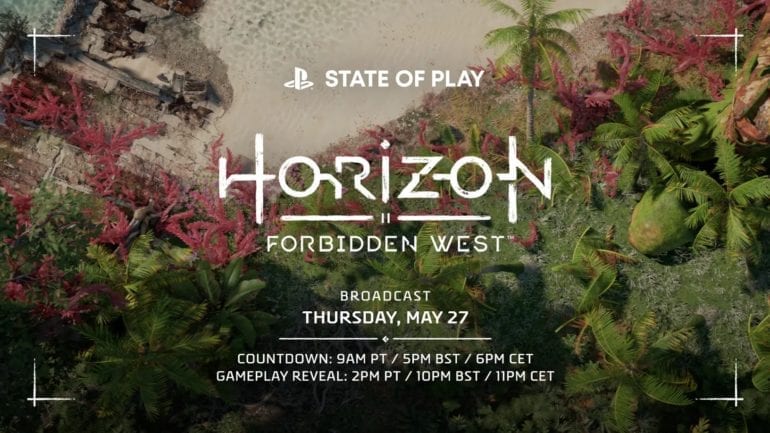 After eleven months since the first reveal of Forbidden West during the PlayStation 5 Showcase, there will be more to reveal this coming May 27.

Fans will need to check this schedule provided by de Jonge:

Guerilla Games will debut the first gameplay reveal during this State of Play event. It will be 14 minutes long of brand new in-game action and will feature Aloy. It will all be captured directly on PS5.