How to Beat 5-Torg: High On Life Secret Boss

It's similar to cracking a piñata open. 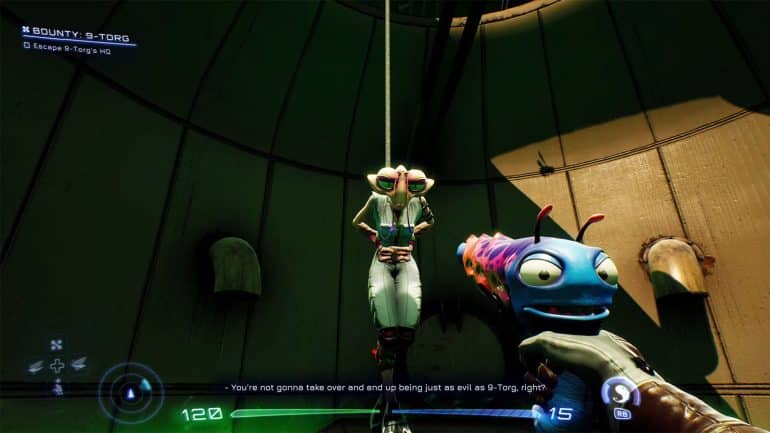 5-Torg is a “secret boss” that is an optional encounter in High On Life. She is a clone of the first boss in the game named 9-Torg, but not as experienced as her predecessor.

In this guide, we will talk about the 5-Torg secret boss guide for High On Life.

Where to find 5-Torg Secret Boss

5-Torg first appears before your fight against 9-Torg. She’s bound and hung by 9-Torg and about to be killed as part of 9-Torg’s plan. Once the fight starts, she’ll be hoisted up until 9-Torg gets killed. Check out our How to Beat 9-Torg Boss Guide to know how to defeat 9-Torg.

How to beat 5-Torg Secret Boss

As mentioned before, beating 5-Torg is optional and not as difficult as beating 9-Torg. After the fight, 5-Torg will still be bound and after your conversation, you can start attacking her. She will not attack back because she will still be bound. 5-Torg takes a lot of damage from stabs with Knifey. If she’s left alone after taking damage, her health will regenerate.

Once 5-Torg is killed, you’ll gain absolutely nothing other than a line from Kenny commenting about how you have defeated what can be considered as a “secret” boss. There’s no achievement attached to it, either.

Check out this video by Manugames92 showing the 5-Torg boss fight: