How to Get Destiny 2 Thorn Armor 30th Anniversary Set

Learn how to obtain the Thorn armor set, which is part of Bungie's 30th Anniversary celebration. 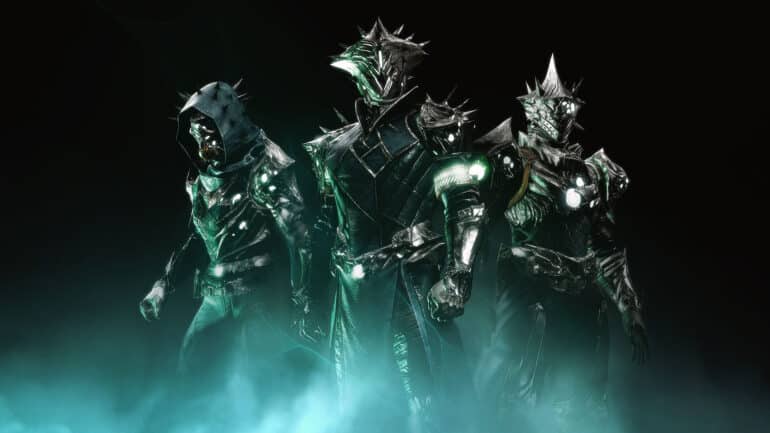 In honor of Bungie’s 30th anniversary, players in Destiny 2 may earn the Thorn armor set, and we’ve compiled all of the known information on how to do so for you right here.

As part of the Destiny 2 expansion, Bungie is commemorating three decades of outstanding games, epic tales, and a wonderful community with the release of brand new content.

Starting today December 7, 2021, all Guardians will be able to log into the game and take advantage of free 30th anniversary content, which includes a new free 6-player matchmade action PvE content, hidden mysteries, collectible awards, and other goodies.

In addition to plenty of rare goodies, players can obtain the Thorn Armor Set in the Destiny 2 expansion.

Embrace the protection of countless blades and become the thorn in your enemy’s side. Thorn Armor Set is suitable for all three classes and offers players a distinctly sinister appearance. The armor set design suits perfectly for next expansion for Destiny 2: The Witch Queen.

How to Get Destiny 2 Thorn Armor Set in Destiny 2

To obtain the Thorn Armor Set, players must venture into unexplored territory and play the new Dungeon called Grasp of Avarice. The Thorn Armor set is not free and not an instant unlock reward. First, players have to purchase the Destiny 2: Bungie 30th Anniversary Pack.

Once you purchase the Destiny 2: Bungie 30th Anniversary Pack which costs $24.99 USD on top of the game if you don’t already own it, you can then unlock downloadable content which will give you access to a new Dungeon called Grasp of Avarice.

The Grasp of Avarice, also known as The Loot Cave, is a new dungeon that players can explore as part of the 30th Anniversary pack.

The Grasp of Avarice dungeon is the only method you can obtain the Thorn-inspired Echo armor set, which is currently unavailable elsewhere. To get the Thorn Armor set, you will need to progress through a total of six encounters within the dungeon.

Where is the Loot Cave in Destiny 2?

The Thorn Armor set is a piece of Destiny 2 loot that may be found in the Grasp of Avarice (Dungeon). A description of this dungeon from Bungie reads as follows: “Spelunk into the unknown, earn the new Thorn armor set, and keep an eye on your step as you hunt for hidden relics.”

Complete and Win the Grasp of Avarice Dungeon

The player will face dozens of Hive opponents and take on bosses like Phry’zhia the Insatiable. Any Destiny player may complete this difficult assignment in Solo and claim some valuable rewards if they have the proper equipment and knowledge.

There are a total of six encounters in the dungeon that you will need to work your way through in order to obtain the rewards. Only three of those six boss battles have loot chests at the end of them, and all of them have the possibility to drop a single piece of the Echo armor if you survive them.

Chest loot can be found in the following encounters:

If you want to look like Dredgen Yor on all of your characters, you’ll have to re-run the dungeon several times. The entire set of armor will take a few dungeon runs to acquire, so don’t panic if you don’t get it on your first run.

Complete the Grasp of Avarice Dungeon missions and obtain the Thorn Armor Set along with other rewards at the end:

Players who want to get even more out of the 30th anniversary celebration can purchase the Destiny 2: Bungie 30th Anniversary Pack, which allows them to explore the new Loot Cave-inspired Dungeon on the Cosmodrome, relive nostalgic moments by earning the classic Gjallarhorn Exotic Rocket Launcher and its Catalyst, and collect new and classic gear, including: