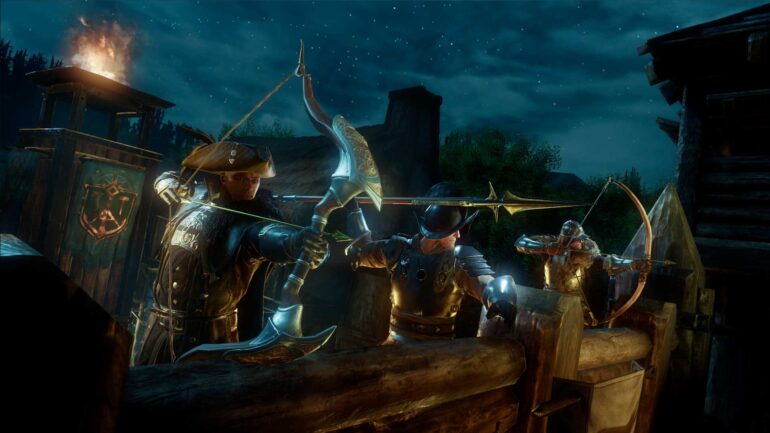 Previously, Amazon Games backtracked on their promise to allow your characters to move between regions citing that it was “incorrect information” at the time and apologized. However they did promise that they would be looking for a way to allow players to transfer between regions without explaining much.

And since update 1.0.3 dropped, there is now a way to move your character between regions. Here’s how:

How To Transfer Characters To Different Server Regions

First, you need to log-in even if that means waiting the queue. Once you’re in the game, check the in-game store and redeem your free transfer token. There are a few conditions before you can go ahead and transfer your character.

Once you fulfill those conditions, the server transfer can then begin. However, you should think carefully before doing so. There are limits as to what you can take with you to a different server region.

What you can bring with you:

What you can’t bring with you:

Servers you can’t move into:

Any subsequent transfers will require more tokens. They will be made available for purchase on the in-game store once Amazon Games has monitored player transfers and are assured of its safety.

Old News 10/15/21: People are not happy with Amazon Games as they proceed to break a promise they made about transferring characters between regions in New World. After a problematic launch that caused many players to miss out on content they paid for, Amazon received backlash for long time waiting periods as servers were full for New World. Just about everyone was struggling to get in.

And in lieu of this, Amazon Games promised that they would be implementing a way for players to transfer servers. They even confirmed that you would be able to switch regions soon.

Unfortunately, this was misinformation. There are problems if you’re looking for ways to transfer your character.

You Cannot Transfer Your Characters In New World

No, you can’t transfer your characters in New World. Amazon Games backpedaled on earlier statements as incorrect information.

As we worked quickly to explain our plans to players, we moved too fast and accidentally communicated inaccurate information. We initially told players that server transfers between regions would be possible. Unfortunately, this is not currently the case. As a result, some players created a character in a different region than where they intended to play long term. This situation is our fault, and we both apologize and understand our responsibility to correct it.

While currently Amazon Games did mention that they’re currently looking into ways to implement cross-region transfers, they cannot give a time frame. You’re advised to just create a new character on the server you intend to play on.

This would no doubt anger many as players who have invested many hours will have to lose them.

If you want to know how to transfer characters in New World we’ll be teaching you how the moment it’s implemented into the game. Amazon mentioned you have around two weeks.

Right now, there is no way to transfer your character in-between servers as Amazon has not implemented the feature yet. We will be updating the article as soon as possible to tell you how to do so once server transfers has been implemented.

The only way to transfer servers is to create a new character entirely. But Amazon has mentioned that they will be implementing this soon. Once they do, we’ll tell you all about how to transfer characters in New World.

Why You Should Transfer Servers

Due to server traffic many players have been waiting in the queue for their chance to enter the game. Amazon has mentioned that they are aware of this. And for two weeks, they’ll be offering a free transfer between servers for your character that they have yet to implement.

It’s unknown if New World will ever offer a permanent transfer between servers, but we recommend that you take up Amazon’s offer to transfer your character if your friends are on another server.

Amazon has mentioned on their twitter that they are also working to add in new servers as well as fix their current ones.