Is Vampire the Masquerade Bloodhunt Available on PS4?

Will Bloodhunt be on the PS4? 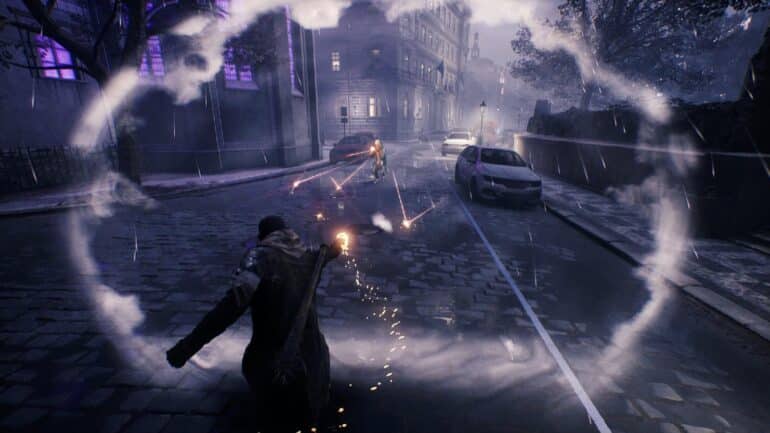 Vampire: the Masquerade – Bloodhunt is a free-to-play battle royale game starring vampires that PC and PS5 users can enjoy. But what about PS4 players? Where’s the love for the previous generation Sony consoles?

If you’re asking “is Vampire the Masquerade Bloodhunt available on PS4?” No, Bloodhunt is not available on the PS4. Unfortunately Bloodhunt cannot be played on the PS4 due to developers Sharkmob AB having specifically restricted the game for PC and the PS5 only.

This is sad news for many who don’t have a PS5 or a reliable PC to play Bloodhunt with. We’ll just have to wait for news from Sharkmob for Bloodhunt’s release on the PS4.

Why Vampire: the Masquerade – Bloodhunt isn’t on PS4

Vampire: the Masquerade – Bloodhunt isn’t on PS4 because of its limited hardware.

Bloodhunt’s game director, Craig Hubbard, expressed that the Sharkmob AB’s desire to have the game functioning at higher quality was why Bloodhunt isn’t on PS4. His statement back in October 2021 is as follows “Our philosophy is that we would rather be on fewer platforms at a higher quality than risk spreading ourselves too thin” which is why we aren’t seeing Bloodhunt for the previous gen.

At the moment, Sharkmob is focused on near term goals like ensuring that Bloodhunt is running properly on PC and PS5 before focusing on other goals. This doesn’t mean that we won’t ever see Bloodhunt on the PS4, but it just isn’t Sharkmob’s focus at the moment.

When is the Bloodhunt PS4 Release Date?

Bloodhunt has no PS4 release date at the moment.

There is no statement if Bloodhunt is even coming to PS4. As of right now, developers Sharkmob are focused on getting the game to run as smoothly as possible. While there was refusal to comment from the game director, there’s also no confirmation that Bloodhunt isn’t coming to other platforms like the PS4.

When asked, Hubbard said “launching a PvP game is a huge undertaking that requires commitment, adaptability, resourcefulness, and focus, so we can’t afford a lot of distractions.”

We hope we’ve answered your question if Vampire the Masquerade Bloodhunt is available on the PS4. While it sadly isn’t at the time of this writing, we’ll have to keep our fingers crossed for more news regarding Bloodhunt’s release on other platforms.

If this article really helped you out, we have more Vampire: the Masquerade content you may be interested in.

Check out this Bloodhunt gameplay video from Rubhen925 on the PS5 using Quality Mode.