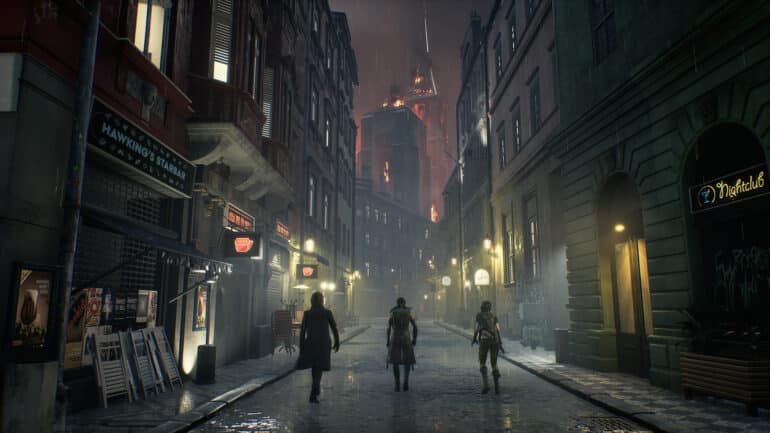 Waiting to connect to a match can be one of the most frustrating things for players to experience in any multiplayer game. There are reports that Vampire The Masquerade Bloodhunt queue times being absurdly long depending on where you’re playing. Some reports online have complained waiting more than twenty minutes just to get into a match.

How Long is the Average Queue Time for Vampire The Masquerade Bloodhunt?

Reports online give varying queue times for Vampire the Masquerade Bloodhunt. Some users report a 7 minute waiting period with the longest being around 20 minutes to a full hour.

This may depend on where you are. Though there are reports from players that the queue times are still taking long even in North America, Oceana, and Asia servers. However other players from the same servers are also reporting that it takes less than 3 minutes to get into a match.

Why Does Queue Times Take So Long in Vampire: The Masquerade Bloodhunt?

If your queue is taking long, it can mean one of several things. If it isn’t your internet, it’s probably because there are too many players trying to connect into the servers that’s causing long queue times. Either that or it’s the opposite: too less players are actually playing the game in the area you’re in and you aren’t getting into a match because the required number of players to start a game hasn’t been met.

This may also be the fault of Bloodhunt’s servers which are experiencing issues at the moment. If this is the case, you’d have to wait for the developers to fix the servers first.

There are more than 10,000 players who are playing Vampire The Masquerade Bloodhunt according to Steam’s reports during the game’s debut. However there are still reviews at the bottom complaining about long queue times with one user demanding that the developers fix matchmaking because they’ve been waiting for nearly half an hour for a match.

So far there aren’t many complaints on Steam for Vampire The Masquerade Bloodhunt queue times on PC with the exception of a few. Most negative reviews on Steam are concerned with Bloodhunt’s seemingly invasive anti-cheat system, unbalanced vampire archetypes, and the amount of cheaters in the game despite the anti-cheat system.

There seems to be more players on PC than on the PS5. A PS5 user on Reddit made a complaint that it took more than an hour to search for a game on his console. Turning on crossplay allowed him to quickly find a game in less than twenty seconds which is a staggering difference.

Of course the Reddit user also pointed out that crossplay wasn’t preferable due to the skill difference between PC and PS5 users. Aiming using a controller isn’t as precise as a mouse and keyboard.

How to Fix Long Queue Times for Vampire the Masquerade Bloodhunt

Here are possible fixes if your Vampire The Masquerade Bloodhunt queue times are taking too long.

See if your ISP is possibly the culprit causing you to wait for long periods of time. Check to see if you’re downloading anything in the background and see if you’re able to play other multiplayer games. Stop the downloads if there are any ongoing and queue up again.

You may have to use a VPN to change servers are there doesn’t seem to be another way to change regions in Vampire The Masquerade Bloodhunt. It could be possible that there are too many or too little people playing Bloodhunt in your region.

This will allow more players to join the game. This option can be disadvantageous to PS5 players but will help you connect more easily.

If the possible fixes up above fail, then you might have to wait for Sharkmob AB to fix the servers. It’s possible that the problems may not be on your end. There are many complaining online regarding the queue times so you’re not alone. It’s hard to pinpoint what exactly causes Vampire the Masquerade queue times being so long, but we expect that it’ll get fixed soon as it is a persistent issue.

Check out this Bloodhunt gameplay from BloodThirstyLord.