See the dinosaurs from Jurassic World Dominion and more! 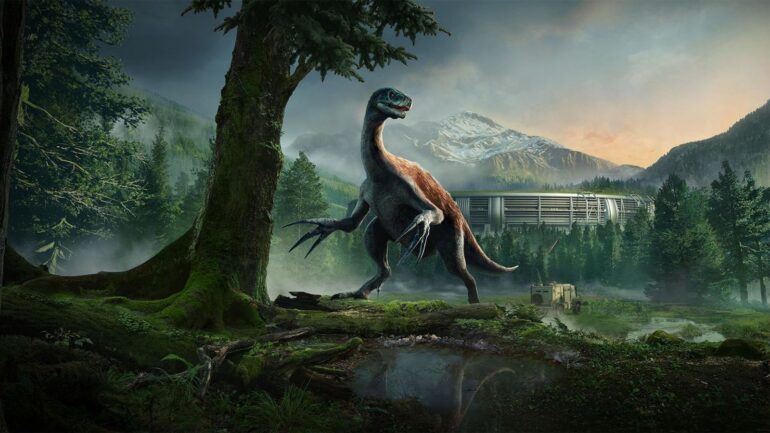 The Jurassic World Evolution 2 Dominion Biosyn Expansion and update 3 will be released next month, June 14, 2022. The expansion will be only $19.99.

The Dominion Biosyn is an original campaign where players meet with the dinosaurs based from the film Jurassic World Dominion. These species include the Pyroraptor, Therizinosaurus, Dimetrodon, and the Quetzalcoatlus.

The Pyroraptor is a distant cousin to the Velociraptor and Deinonychus. It is also called as the fire thief.

The Therizinosaurus is a fierce, territorial foliage-grazer that has feathers across its stature. It is also called the scythe lizard due to its elongated forearms and curved claws. They use those claws to pull vegetation to eat rather than to fight, but it will not hesitate to use them when defending their territory.

Dimetrodon is the oldest prehistoric species that was added to Jurassic World Evolution 2. It became extinct several million years before dinosaurs first appeared on earth. It is a carnivore with a neural spine sail on its back, which is used as heat regulation.

Quetzalcoatlus is one of the largest flying animals of all time. It is a Pterosaur with a massive wingspan and will require several Aviary domes in order to satisfy its territory and environmental needs. It dominates the air with its sheer size and long, sharp beak.

The T.rex has two new skins, a scarred 2022 version and a feathered version. The Dilophosaurs has a new 2022 skin and the Parasaurolophus has three film-based skins.

A new campaign is introduced in Jurassic World Evolution 2 Dominion Biosyn Expansion and offers players to discover the rise of Biosyn Valley. They will be taking control of Biosyn’s valley research compound, constructing it through multiple stages as they play. They will meet familiar and iconic characters from across the franchise like Claire Dearing, Dr. Alan Grant, Dr. Ellie Sattler, and Lewis Dodgson.

Just like in InGen, Biosyn extracts dinosaur DNA from amber. Send scientists into the earth beneath the valley to extract amber-encased DNA and build up dinosaur genomes. As the research compound expands, players will get to use all new gameplay features that gets introduce in this DLC. There is a new underground Hyper Loop transportation network that moves people back and forth, while the dinosaurs are safely kept behind invisible fences. There are new buildings, vehicles, and decorations available in Sandbox Mode.

The Biosyn Valley map will be available in Sandbox Mode with both Normal and Flattened terrain options. The former will keep the Research Compound as a visual part of the map, while the Flattened terrain will not have it.

Aside from the new campaign, a new Chaos Theory level will be added to the game with the Jurassic World Evolution 2 Dominion Biosyn Expansion. Players will be at the snowy Sierra Nevada range to protect dinosaurs in a level inspired by the events of Jurassic World Dominion. There is a new dinosaur-wrangling mechanic can be used to corral herds of dinosaurs quickly, without using tranquilizers or a transport team.

As the ranch grows, dinosaur rustles will be breaking in and steal the dinosaurs that the players are trying to care for. Build security measures to detect intruders and perimeter breaches, and intercept their vehicles before they can steal the dinosaurs.

Update 3 is a free update available for everyone who owns Jurassic World Evolution 2. It includes several new features and mechanics, bug fixes, and quality of life changes.

Chaos Theory maps will be available in Challenge Mode. These are all inspired by the five different Chaos Theory scenarios found in the base game.

Dinosaur wrangling is a core part of the new Chaos Theory level, but will be available in other modes too. This is a new mechanic to move dinosaurs around without the need of tranquilizers and call in a transport helicopter. It can be done in a Ranger Vehicle and will move herds of dinosaurs from point A to B.

The Park Tours have new upgrades with Update 3. It will now function as transport, which lets players connect separate areas of the park and improve transport rating with a single connected tour. Increase the number of vehicles based on Tour length is also available, and can adjust the distance between tours. Tour binoculars will be added to all vehicles, which increases the viewing radius of all Tours.

Transport has been changed as well with a new way to move multiple dinosaurs using Transport helicopters. They can be grouped per species and will be able to see the order in which they will be moved by the transport team.

Quality of Life changes include new contracts and changes in existing ones in the game. There will be contracts that have great risks, but will offer bigger rewards. Sandbox Mode builder has now removed the building limits on Operation buildings in Sandbox Mode across all platforms. Players can now build multiples of buildings in a park, which could not be done previously. Players also turn off both Status Checks and Dinosaur Injuries in Sandbox Mode.

More changes and bug fixes in the full patch notes later on June 14, 2022.