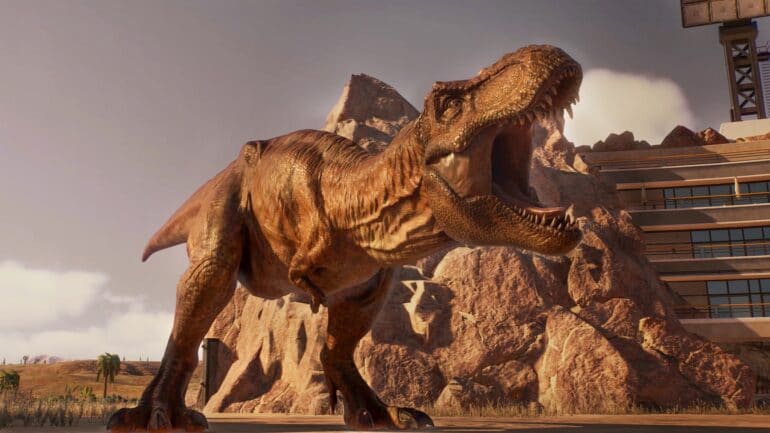 Jurassic World Evolution 2 will be launching in a couple of months for PC, PlayStation 4, PS5, Xbox One, and Xbox Series X/S. This sequel will offer an original Campaign mode, expanded construction options, more customization choices, and the new Chaos Theory mode. Players will be able to play through what if scenarios from all five films in the Jurassic World franchise from both Universal Pictures and Amblin Entertainment.

The Jurassic World Evolution 2: Deluxe Edition was also announced. Aside from the base game, it will also include three exclusive vehicle skins inspired by the Dinosaur Protection Group, six guest building amenity signs, and five additional prehistoric species to add to the Challenge and Sandbox mode parks. This includes marine, flying, and land reptiles.

Pre-orders are now available everywhere with bonus of getting in-game rewards. A pre-order trailer was released to mark the start of the pre-order campaign.

This sequel will feature 75 prehistoric species to discover including flying and marine reptiles, and community-favorite dinosaurs.

Jurassic World Evolution 2 launches November 9, 2021. The standard version costs $59.99 while the Digital Deluxe Edition is $69.99. The physical versions of the console versions will be priced $59.99.