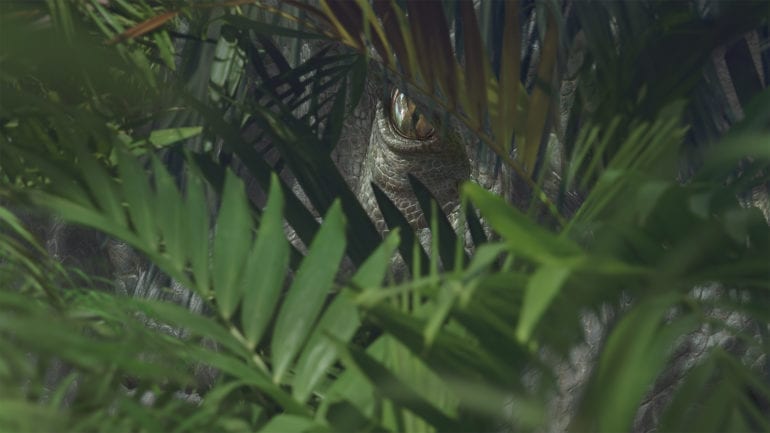 A new image was recently posted on social media and it is possibly teasing a sequel to video game Jurassic World Evolution.

The official Twitter account of Jurassic World has recently shared an image of a dinosaur hidden in the foliage of a dense jungle. It seems to be a familiar scene from a movie, but the visuals are reminiscent to a game.

What do you think guys? Is it a sequel or possibly new content for the original game? Let us know below!