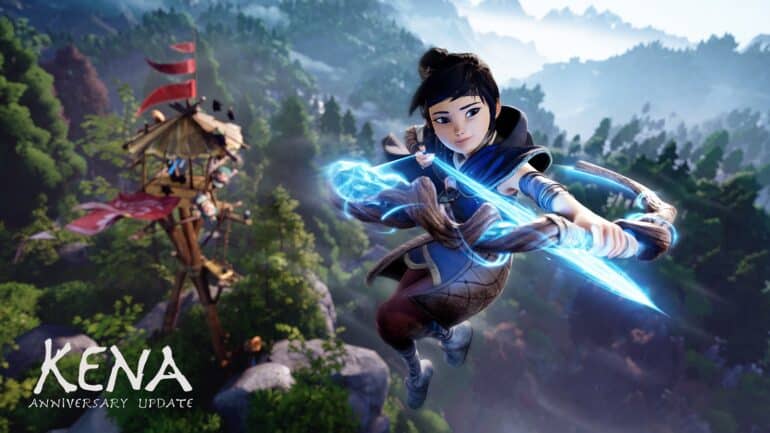 The Kena Bridge of Spirits Anniversary Update is the biggest piece of DLC for the game to date as it will include New Game+, Charmstones, Spirit Guide Trials, Kena Outfits, accessibility features, and more. It is free to download right now on PS4, PS5, and Epic Games Store.

Aside from the launch of the Anniversary Update, the Steam version of the game is now available. It launches together with the new update.

“Kena Bridge of Spirits was our very first game and, as you might expect, means a great deal to everyone at the studio,” says Josh Grier. “It’s one of the reasons why developing this DLC has been a labor of love. In particular, we can’t wait to see fans play the New Game+ mode, which will allow players who’ve completed the game to restart Kena’s journey with all of their previously unlocked abilities, upgrades, outfits, Rot, etc, as well as redesigned and more challenging combat encounters.”

One of the most talked about adventures from an indie studio in recent years, Kena: Bridge of Spirits offers players an action-adventure game that combines a compelling narrative with exploration, puzzle solving, and fast-paced combat. The game delivers a journey of self-discovery as Kena, a young Spirit Guide, restores balance to an ancient village in a once-thriving environment.

Kena Bridge of Spirits is now available on PS4, PS5, and PC via Epic Games Store and recently Steam.