A great new addition to the game to celebrate its anniversary! 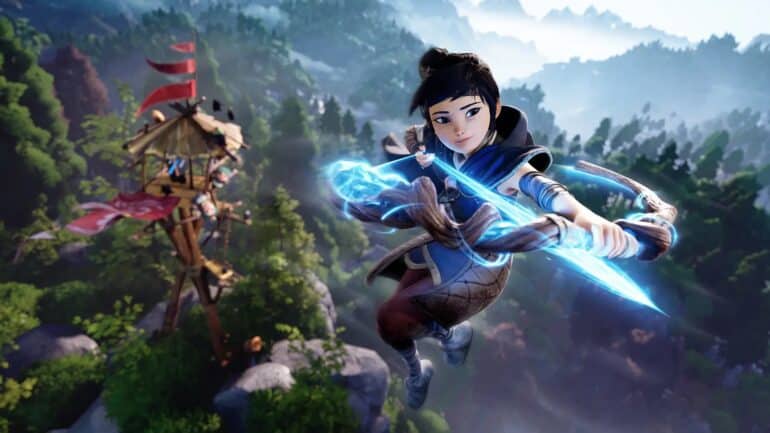 According to a blog post, Ember Lab announced a new major update for their popular game Kena Bridge of Spirits and it will introduce new content for the game. It will include new features to enjoy. The update will be free to download to all PS4 and PS5 players on September 27, 2022.

One of the major changes coming to the game with Kena Bridge of Spirits free anniversary update is New Game+. Once players complete the game, they will have the chance to convert their save file into a New Game+ game. Starting here, they can restart their journey with all of their previously unlocked Abilities, Upgrades, Outfits, Rot, and more. It will not be the same adventure though as New Game+ will have redesigned the adventure and will have more challenging combat encounters. There will be new enemy types that are unique to New Game+ and bosses will have additional phases.

Charmstones are unique collectibles that can be equipped to provide different adjustments to Kena’s stats and abilities. These can be beneficial for players but also can give a drawback for them, which encourages them to strategize about how they want to take on certain enemies and challenges. Rare Curse Charmstones offers players a serious challenge by giving them reduced abilities. They are hidden across the world and a few of them are connected to the next new feature, Spirit Guide Trials.

The Spirit Guide Trials can be played as many times as players want. It will include various objectives to complete within a particular Trial. Kena will need to use her various abilities like the Bow, Bomb, and Dash in order to navigate through the courses.

Wave Defenses will challenge players with multiple rounds of increasingly difficult enemies. There will be chances to heal, but they will be limited by this challenge.

Boss Reflects allows players to go back to their favorite boss battles and fight them again in order to perfect their tactics.

Completing the Trials will give players the opportunity to unlock Outfits for Kena, each one inspired by one of the characters she meets along her journey. Completing bonus objectives within each trial will unlock color variations for each outfit and unique Charmstones.

There will be an exclusive outfit to get if you own the Deluxe Edition.

It was also confirmed that the game will be available on Steam for the very first time on the same day as the anniversary update releases.

Kena Bridge of Spirits is now available on PC via Epic Games Store and soon on Steam, PS4, and PS5. The Anniversary Update will launch on September 27, 2022.

Check out our guides here: