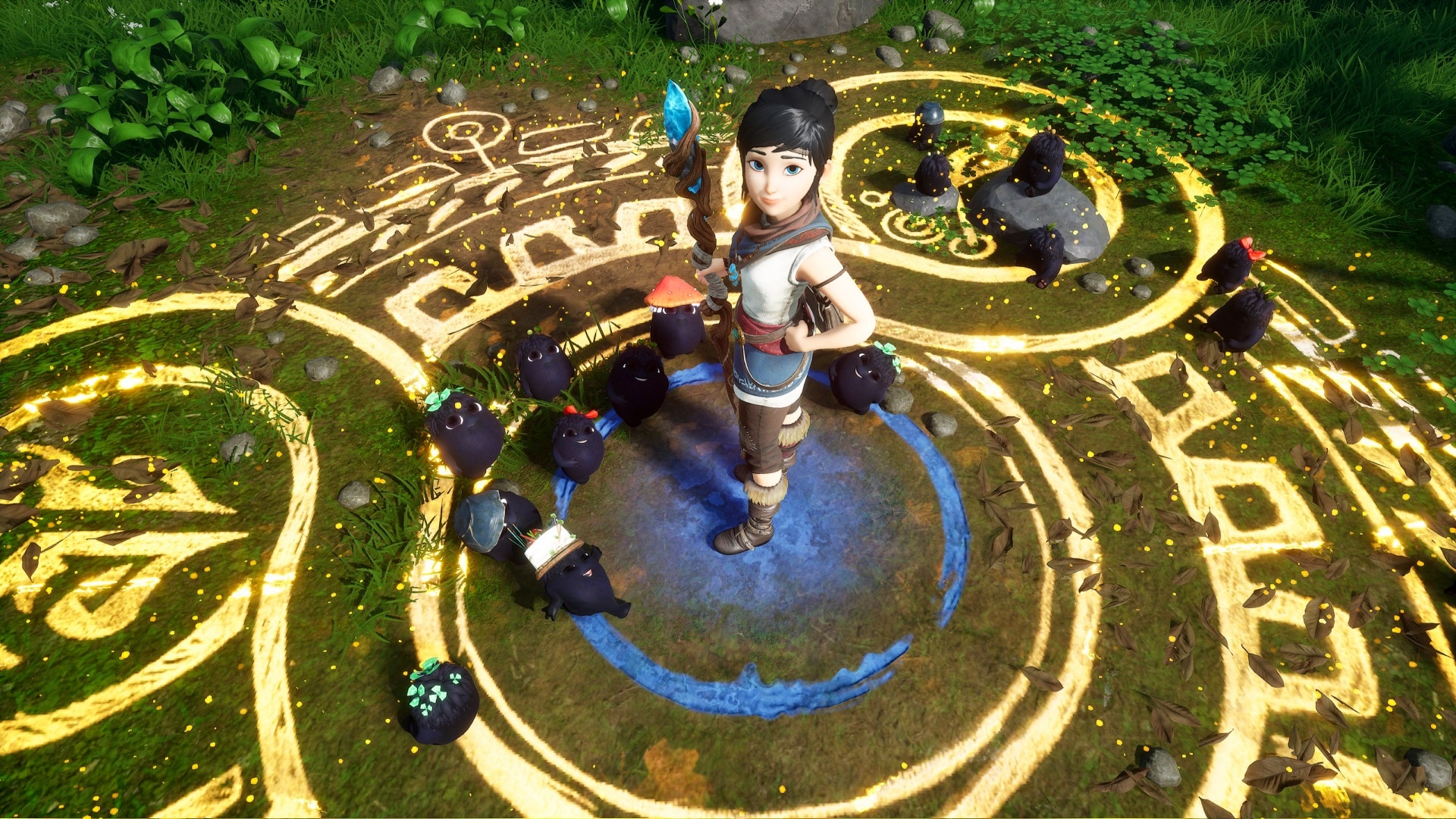 Will definitely challenge your spirit. 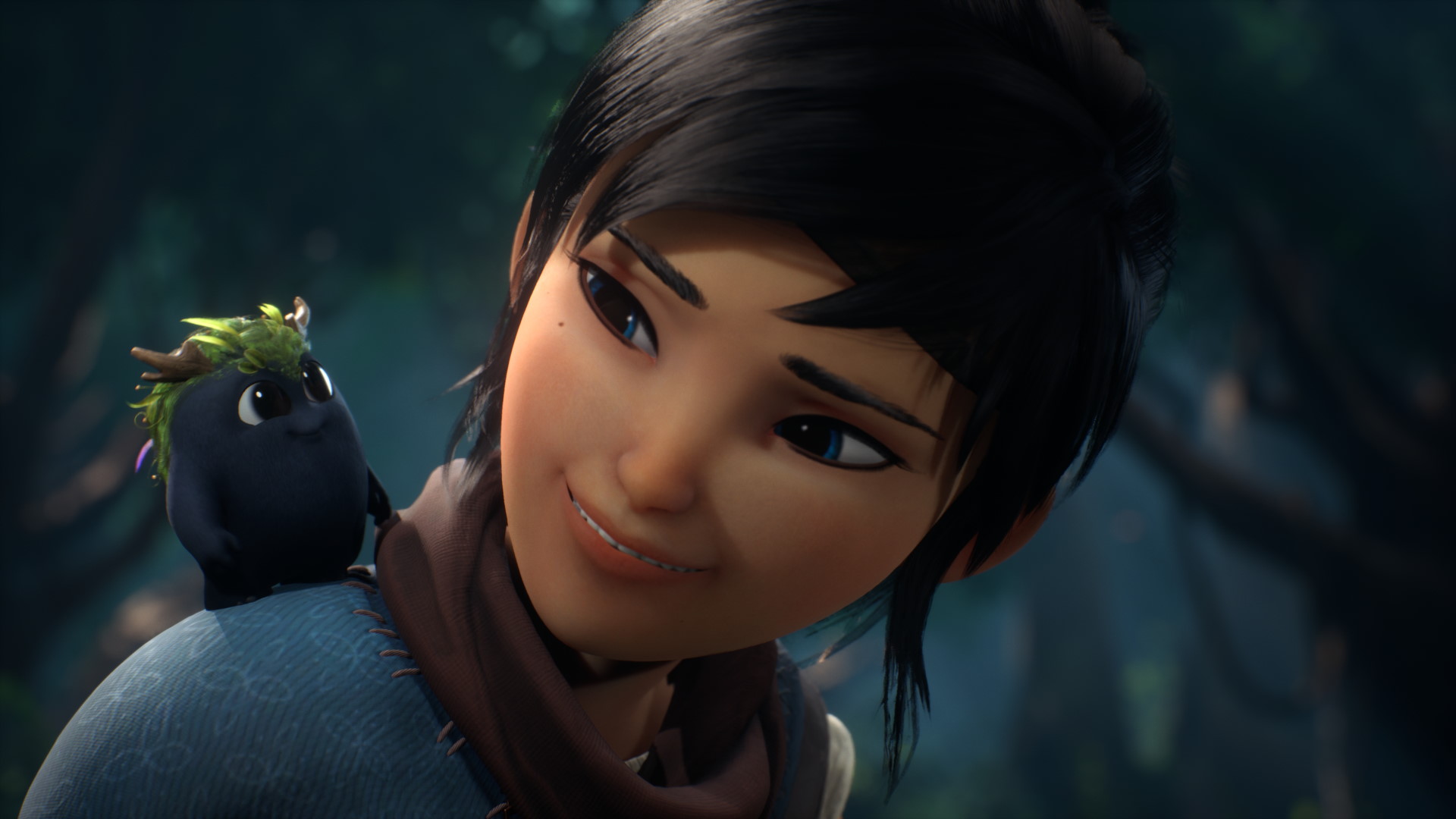 Ever since Ember Labs revealed Kena: Bridge of Spirits last year, I’ve been eager to get my hands on the game that very much looks like a Pixar or DreamWorks animation film. The trailers looked gorgeous, and the gameplay shown got me excited. But I was reluctant after knowing that Kena: Bridge of Spirits is a debut game from a studio that consists of 15 core developers with a few outsourced developers helping out.

There’s only so much when there’s just a handful of team members in a studio, but with their experience in short animation films, Ember Labs didn’t disappoint. I kept playing Kena: Bridge of Spirits since its launch and I haven’t touched any other game since.

I’m definitely hooked, the amount of challenges the game offers, its interesting world, an admirable protagonist, wisely implemented environmental puzzles, and the adorable little companions called Rot, Kena is one of the games that made it to my 2021 Game of the Year list.

The story kicks off with Kena guiding spirits in a deserted village that wields an untamed power infested by corruption, filled with hate and unrested spirits. As an amateur Spirit Guide, Kena’s task is to send these spirits to the path of light, helping them find closure, but it’s not a walk in the park. She must cleanse the village, and eventually face an unexpected foe to finally save it from its corruption. The narrative perfectly fits its desired direction, and with the help of an amazing cast and voice-acting, plus the impressive character development, the plot wouldn’t bore you.

Kena faces danger from almost every corner of a corrupted zone, claimed by roots, toxic water, and the spirit creatures it spawns aren’t to be messed with. They’re powerful, fast, and deadly, and this is where Bridge of Spirits’ strongest suit lies: its combat.

You will have two basic attack types, a light attack and a heavy one, the ability to cast a bubble shield, plus after progressing into the first hour, you get to unlock the bow. While that may sound very rudimentary, you get to be creative in combat once you unlock Kena’s other abilities as the game has an abundance of unique enemy types with different weaknesses.

The fluidity of Kena’s movement in combat is something to appreciate. You wouldn’t have a hard time controlling the admirable Spirit Guide as she can swiftly land her staff on enemies to deal damage, in addition to a satisfying, yet hard to master, parry.

Enemy types vary, and this is one of the best things the game has to offer. There will be smaller versions of the Wood Knight that still deals a lot of damage, owls that throw a bomb at you, another kind of brute covered with rocks where you have to throw a Spirit Bomb to reveal its weak point. The fun starts when they come in huge numbers with a fair mix as you get to take them down according to what you think may give you an advantage. Would you take down the owls first to eliminate any nuisance? Or would you go after the heavy hitters?

The creatures are deadly, and they pose an immediate threat to Kena. While they seemingly look weak, they deal an insane amount of damage, killing you with only just a few hits. The absence of healing items, and the reliant of the adorable little companions, called the Rots, can put you in a place of frustration, however, winning battles can be immensely satisfying.

While there’s still a way to heal Kena through absorbing a blue plant within the battle area, these are surprisingly scarce and you have to use them at the right moment so you wouldn’t waste them. This action will also require one Courage point which makes every engagement exciting and challenging.

The Rots wield power where they infuse themselves into Kena’s staff such as enabling you to use a Rot Infused Hammer, dealing an insane amount of damage to enemies within its radius, or taking them down with a Rot Infused Arrow. However, they cost one Rot Courage point. These Courage Points can be earned by dealing damage to enemies or when you kill them as they drop a yellow orb that fills your Courage gauge. You can gain additional Courage slots when you level up your Rots.

The Courage mechanic encourages you to be wiser, and it adds a lot of pretty intense moments from exciting encounters and boss battles. Overcoming these challenges by carefully analyzing an enemy’s attack pattern and movements, a decent amount of trial and error, and being patient in battle can really be gratifying. I love how Ember Labs implemented this mechanic to make the game’s combat interesting.

Another aspect where the game is strong is its puzzles. The game utilizes all of Kena’s abilities to solve various obstacles, and there’s no moment where you wouldn’t say “clever”. There are puzzles where you have to use Spirit Bombs to scatter rocks in zero gravity, allowing you to reach impossible areas, then you can use your Spirit Bow to change the direction of the floating platforms or even use it as a grappling hook, and you even use your Shield to emit light from crystals to open gates and doors.

The world of Bridge of Spirits is visually striking at best accompanied by one of the best Balinese-inspired soundtracks makes the atmosphere emotionally engaging as you venture through the lush environment, and amazing mountainous areas.

While Bridge of Spirits is a visual treat, playing the game on PS5 adds a little layer of an immersive experience all thanks to the adaptive triggers. As you pull R2 when you shoot with the Spirit Bow you’ll feel the resistance while it softly vibrates when you pulled it long enough. But you can progress into the game without these little DualSense gimmicks as the Performance mode eliminates the cumbersome input lag present in the locked 30 frames per second Fidelity mode. While the Performance mode struggles to constantly hit 60 frames per second in intense moments, the overall optimization is undoubtidly plausible.

There’s more to Kena: Bridge of Spirits than meets the eye. The level of challenge, the outstanding visuals, the fitting soundtrack, the superb voice casts, the adorable Rots, the fluid and enjoyable combat and boss battles, and the solid plot crowns Kena: Bridge of Spirits as a Game of the Year contender. Ember Labs, you did an amazing job and I hope the game gets a sequel.