Kena: Bridge of Spirits Karma – How to Get Them for Upgrades

Here's how you can earn Karma, an in-game currency for upgrades. 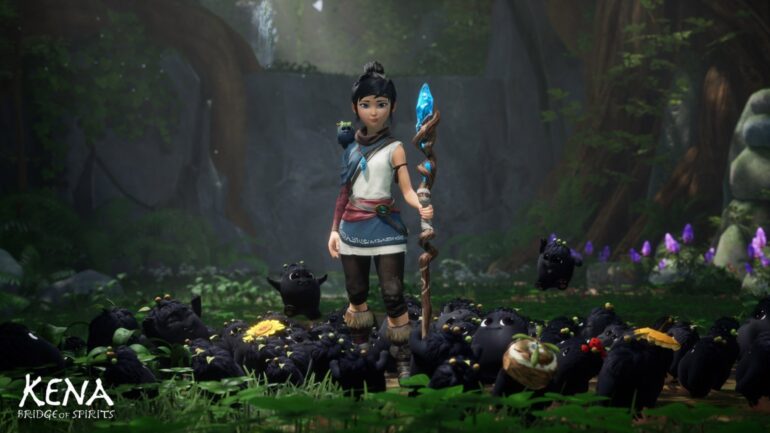 In order for the protagonist of Kena: Bridge of Spirits to become more powerful in combat, she needs to upgrade by exchanging Karma for it. This is just one of the two in-game cash that players need to find for the improvements that Kena needs for her abilities. Here are the methods on how to get Karma in Kena: Bridge of Spirits.

Kena: Bridge of Spirits – The Many Ways of Getting Karma

There are several ways to get Karma, an important in-game currency in Kena: Bridge of Spirits. The most common way of course is to defeat enemies along the way. The more enemies Kena defeats, the more Karma she can accrue in her journey.

Clearing corrupted flowers is another way to gain Karma, which is the second most common way to get it. This is also easy to do because most of it is part of the game’s story so Kena will most of the time experience this.

Restoring corrupted parts of the world is another way to gain Karma, which has been one of the objectives that Kena needs to do while on the journey to make restless souls move on. Solving puzzles also rewards her with Karma, but with bigger sums of it since the puzzles can be challenging.

Find Flower Shrines and purify them to earn Karma and Gems. They can grant players more or less 40 Karma every time you clear up the corruption. Memories also offer Karma, which is usually 40.

Feeding the Rot group with fruit will reward Karma to players. You will need to command the Rot to eat the fruit in order to make this happen or else they will just hang around like nothing happened. It is not automatic. It is not much but the Cursed Chests can contain some Karma. Complete them to get rewarded.

The last method is by repositioning owl or cat statues. These actually need work to do since they are not commonly seen in the wild. They are scattered in the world of Kena and will need Rot to reposition these statues. Properly positioning them will reward players with big amounts of Karma.

Kena’s and Rot’s Abilities That Can Be Upgraded

There are actually several abilities of Kena that you can upgrade via Karma. Here are all of them:

There are a few Rot upgrades that can be improved with Karma:

If you are looking to solve the Fishing Shrine Puzzle, check here. To upgrade the Rot Level, check this article. Kena: Bridge of Spirits is now available on PC, PS4, and PS5.