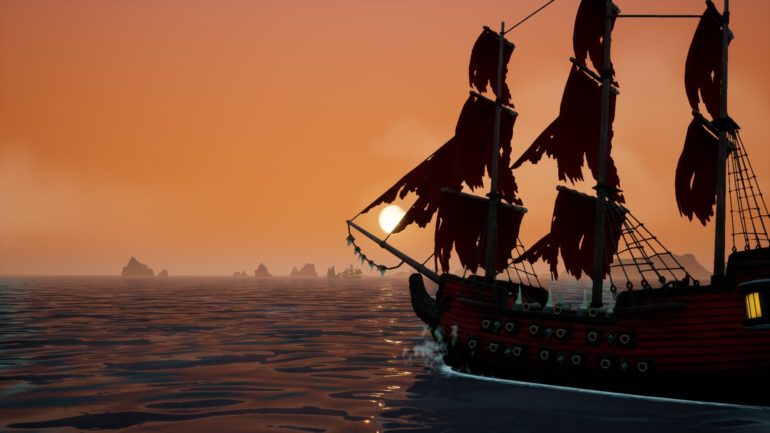 The game is set in a stunning procedurally game world and transports the players into an environment where they can follow their own path, explore new islands, interact with many characters, and fight famous pirates from history in grand sea battles.

The difference of this game from the others is that each time a player starts a new campaign, it will generate a whole new world for them to explore. Each playthrough will be different and unique with this feature. The dynamic game world will also react to the player’s action, which constantly adapts and creates different obstacles along the way. Each naval route will change depending on each conquered settlement, the difficulty will adapt with the progress of the players, and change in weather has a vital role in navigation and combat strategy.

The Pirate Ship will be the home base of the player with five different types of ships to choose from: brig, sloop, frigate, flute, and galleon. Each ship type has different kinds of customization. There are over 900 items available to collect and use.

King of Seas will be available this holiday season for Windows PC via Steam, PlayStation 4, Xbox One and Nintendo Switch.