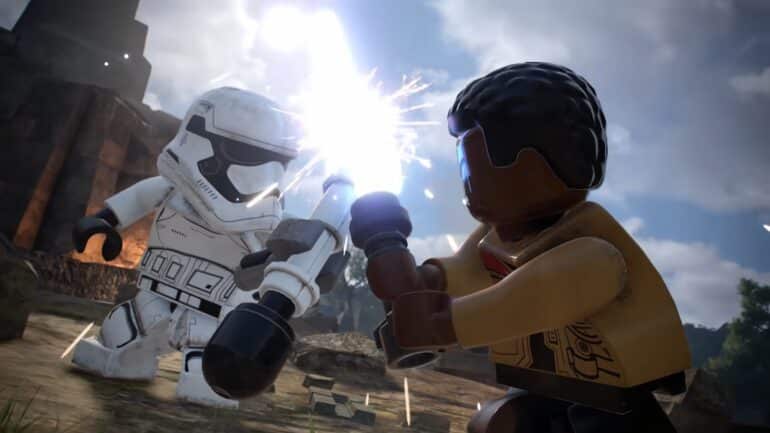 There is a massive skill tree full of upgrades in LEGO Star Wars: The Skywalker Saga, and players can unlock them for each character class. Among the many beneficial skills available are those that can help players earn Studs faster, increase their speed and mobility, unlock new abilities, and perform a variety of other functions.

LEGO Star Wars: The Skywalker Saga contains nine separate classes, each with a unique set of special skills that may be used to get around barriers in both the main story levels and the open-world hubs. These hurdles are not gated by character, but rather by class. Any character can be used as long as they’re in the correct class for the challenge.

Each class has four unlockable skills, each of which has three upgrade stages that increase its overall potency. Players can also enhance their core abilities, which will benefit all characters, independent of their class.

The skill trees in LEGO Star Wars: The Skywalker Saga can be used to increase certain character classes, as well as the overall gameplay mechanics in the game. With so many possibilities, you’ll want to get these upgraded as soon as possible and level up your game. In this article, we’ll show you how to earn upgrades quickly and how to find Kyber Bricks with ease.

LEGO Star Wars: The Skywalker Saga has about 400+ characters, and each character is assigned to a class. Characters can only be upgraded by leveling up the classes they belong to. There are multiple skill trees for each class, and each class has its own set of advantages and upgrades.

The upgrades demand a couple of key things. Whether it’s a specific character type or a Core upgrade, unlocking an upgrade costs Studs and Kyber Bricks. For all of the game’s enhancements, you will require a large supply of Studs.

In order to obtain studs, all you have to do is break or shoot the structures around you and kill the enemies in the game. However, there is a much more efficient way to harvest the game’s studs. Check out this article to learn how to quickly earn large amounts of studs.

However, Kyber Bricks are more time consuming to get. A large number of these Kyber Bricks are given to players who achieve 100% success in story objectives and challenges. Check out our complete LEGO Star Wars The Skywalker Saga Kyber Bricks Guide.

As for Kyber Bricks, you cannot farm them because you obtain them through the completion of story missions and episodes of Star Wars, but there is a straightforward method for doing so. While they can be obtained by entering a cheat code, you must first have a spaceship of your own to do so.

Try one of the Ship Cheat Codes provided on our Cheat Codes page for spaceships. The Kryber Bricks collection job gives you access to both of these items.

Now that you’ve got it, you’ll need to travel to a planet in space. Every time you land on a new planet in space, there will be a floating meteor that you may track with a blue marker on your screen.

The comets may be blasted apart with a few blasts from your ship’s cannons, which will reward you with 5 Kryber Bricks, however once you break the comet it will not respawn. However, there are a plethora of these comets circling the various planets, making it possible to snag 5 Kryber Bricks each time one is smashed. Each planet in the game has an equal number of Kryber Brick Comets that can be broken.

You may simply level up the upgrades of classes after you acquire enough Kryber Bricks and Studs. The percentage of a given class will increase as a result of increasing the level of the skill tree.

During the course of improving your Character Classes in LEGO Star Wars: The Skywalker Saga, you will have the opportunity to earn two achievements:

So there you have it, a simple guide on How to Earn Upgrades Fast in LEGO Star Wars: The Skywalker Saga.

Here’s a Video Tutorial by Quick Tips on How To Upgrade Characters in LEGO Star Wars: The Skywalker Saga: