A guide on Kyber Bricks in LEGO Star Wars The Skywalker Saga. 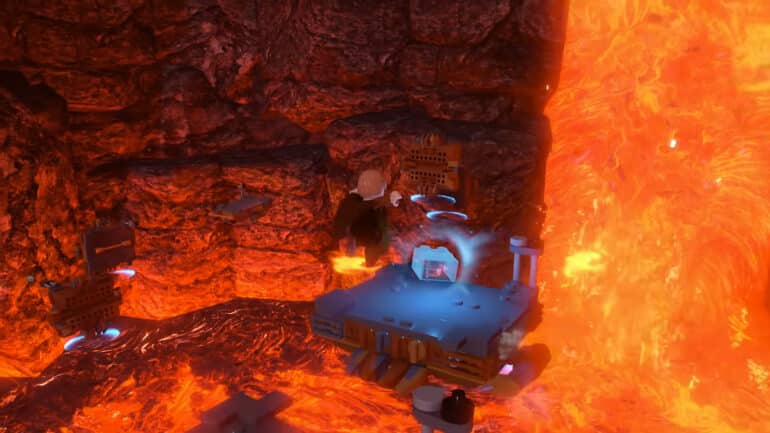 Kyber Bricks are an important form of currency in LEGO Star Wars: The Skywalker Saga. Not only does it count as a collectible, but Kyber Bricks are also needed to level up your characters’ skills in the game; giving them additional perks or improving them in general.

There are actually a total of 1,166 Kyber Bricks that can be collected throughout the entire game. These can be collected via different means like through completing missions, or through finding them through nooks and crannies within a level. We would love to list all of those brick locations in this guide, however we think that this article alone could not handle that many bricks all at once.

So in this guide, we will talk about the general ways on how you can get the Kyber Bricks and where you can expect to get them. Also, we’ll add in a tip on how to quickly and easily grab some of these bricks to give your characters a quick boost.

How to Get Kyber Bricks in LEGO Star Wars The Skywalker Saga?

Each level has several objectives that give out a Kyber Brick when they are completed. These objectives are:

In total, you can collect 6 Kyber Bricks per level, and since there are 5 levels per episode or 45 levels in total, there are a total of 270 bricks that can be collected just by doing the level objectives alone.

As you go through the levels, you will encounter characters with Kyber Bricks in speech bubbles. These characters will ask you to solve puzzles for them and can vary from opening locks, or getting passwords from a different planet. Once completed, they will reward you with a Kyber Brick.

You can see the list of active and completed puzzles by going to Menu > Missions and then toggle down to the puzzle icon. Note that you have to talk to the character offering the puzzle first to see the puzzle, otherwise they will be hidden from the list, just showing “???” in their place.

This is probably the most tedious part of finding the other Kyber Bricks as you will find these bricks in weird places. Some of them can be seen in plain sight, but you will have to find a way to get to them which usually needs some thinking, as well as specific character classes with the help of their unique skills.

There are also other activities that you can do during exploration like races which can reward you with a brick if you manage to reach the highest score.

Collecting Kyber Bricks through exploration is usually recommended to be done in Free Play mode and once you have one character for each class so that you can get through the obstacles and puzzles that are keeping you away from getting the bricks.

There are Kyber Brick Comets flying around in each of the planet in this galaxy far, far away. Blowing up each of them will give you 5 bricks right away and since there are 24 planets in this game, you can get a total of 120 bricks just from blowing up comets, which leads us to our next topic…

The fastest way to collect Kyber Bricks to level up your characters’ skills is by searching and blowing up Kyber Brick Comets. Sure, you will have to play through the entire main story to unlock the all the planets and have at least one ship that can go into space, but it still is one quick way to earn quite an amount of bricks in such a short time.

All you need to do is whenever you visit a planet for the first time, fly up to its space area and just follow the comet marker. Once you find it, shoot away with your ship’s blasters until it shatters into pieces. It would just take you around a minute to do per comet so it’s a good way to quickly pay for that upgrade cost on your characters’ skills.

What are Kyber Bricks used for?

Kyber Bricks are mainly used to upgrade core and class skills and bonuses. Most of these upgrades cost around 4-5 bricks for the first tier of upgrades, and the cost gradually increases as you go to the higher upgrade tiers. In every class, there are four skills that can be upgraded three times each, plus the separate core skills that can be upgraded once or thrice – no wonder why the game has more than a thousand bricks to collect.

You will get the trophy ‘‘You May Fire When Ready” if the moment you collect 1,000 Kyber Bricks in in LEGO Star Wars: The Skywalker Saga.

Check out this video by Skryux showing how to get the Kyber Bricks and other collectibles in Lake Paonga: