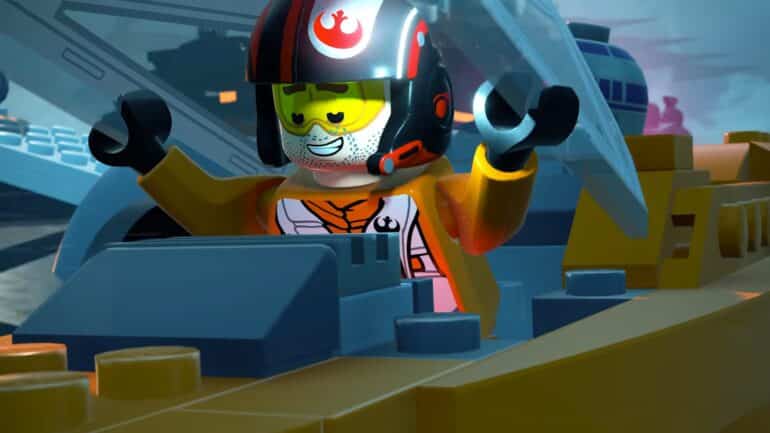 Early on in LEGO Star Wars: The Skywalker Saga, there is a simple AFK stud farming glitch that players may utilize.

This article will show you how to get an infinite supply of studs in LEGO Star Wars: The Skywalker Saga without ever having to do much of anything.

Disclaimer: Do this at your own risk. The Devs have not said whether this AFK method can be banned or whether this is just how in-game options work.

Step 1: First you need to play Episode 5: The Empire Strikes Back. After you complete the first mission, it’ll force you into the “Echo Base Escape!”, which is the focus of this stud farm in LEGO Star Wars: The Skywalker Saga. The mission requires you to escape to Millennium Falcon, which is in Echo Base Hangar.

Step 2: Once you’ve spawned, walk forward from where you started, turn left, and keep walking until you reach a corridor with two metal doors on either side of you. In the map above, you can see this exact spot. Farming studs while AFK is made easier by the use of these metal doors.

Step 3: Choose the right character. It’s best to go with “Chewbacca” since you can shoot the wall without worry of it recoiling. Leaving this AFK with Han or Leia will ultimately stop you from firing the wall, since both of their weapons have a recoil.

Step 4: All that is left is for you to shoot at these metal pieces or hit them with your melee weapons in order to obtain Studs for your efforts. Using 2 different AFK methods, you may do this farm overnight:

You can farm a ton of Studs if you leave your character up against the wall overnight.

Make this AFK farm glitch even better by upgrading your “Attract Studs” skill, which will allow you to automatically pick up Studs from a greater distance, and you’ll be able to pick up any Studs that fall from the wall.

Also, Stud Codes can be activated from the Extras page of the Holoprojector to boost the number of Studs you earn during the task. Faster grinding can be achieved by enabling all of the available codes. See this page for information on how to use codes.

That covers everything we know for this Unlimited Studs AFK Farm Glitch in LEGO Star Wars: The Skywalker Saga. It’s entirely up to you how long you want to let this AFK farm running before completing the mission and saving all of the Studs to your account.

Here’s an awesome video by PepperHomie Game Reviews and Guides on how to do this LEGO Star Wars: The Skywalker Saga AFK Stud Farm: