A guide on how to unlock the Capital Ships in Star Wars The Skywalker Saga. 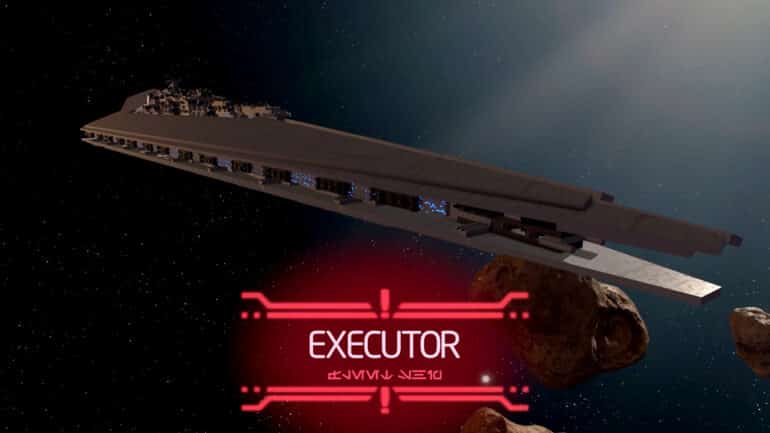 Capital Ships can be unlocked and purchased in LEGO Star Wars: The Skywalker Saga. These are ships that are large enough to fly smaller ships in and carry thousands of crew members. Though they are not as many as what the fans expected to see in the game, they are still a sight to see, even in virtual LEGO form.

In this guide, we will look into the steps on how to unlock the capital ships and how to summon them in LEGO Star Wars The Skywalker Saga.

What Capital Ships can be Unlocked in LEGO Star Wars The Skywalker Saga?

There are only 5 capital ships in the game, though we are crossing our fingers that they would add more somehow. These are:

How to Unlock All Capital Ships in LEGO Star Wars The Skywalker Saga?

All three capital ships apart from the Death Stars can be acquired by shutting down all of their defenses, boarding the ships, and seizing them from the inside. They usually spawn after clearing out two to three battles in the space region where they are rumored to be found.

After defeating the ships’ captains, you will have the option to purchase the ship right away or purchase it later.

These are the captains that you will have to defeat in each ship, their cost, and the space regions where they can be found:

As for the Death Stars, each of them are unlocked by completing a side mission from a character. These side missions will only be available once you have completed certain episodes, so as to follow the continuity of the story.

How to Unlock the Death Star

How to Unlock the Death Star II

How to Unlock the Executor

To unlock the Executor, Darth Vader’s Super Star Destroyer, you’ll need to be able to travel to Tatooine and Bespin, which involves finishing Episodes IV and V. Then return to these areas in Galaxy Free Play to seek for Space Battles. The red question marks on your map will help you locate these specific spots if you are having a hard time locating the ship in one area.

There will come a time when the Executor will materialize from nowhere in hyperspace. Complete the Space Battles, and randomly after you’ve accomplished several of them, you should see the Executor.

In order to board the Executor, you’ll need to first destroy its turrets. The remaining health of the ship will be displayed in the form of its defenses at the very top of the screen.

The crew will be waiting for you once you’ve taken down the ship’s defenses. Obtain the ship’s control codes from the Imperial Officer in the hanger, who is in charge of the ship. You’ll be able to purchase the ship for 5,000,000 studs once you’ve claimed it. However, you don’t have to spend the entire amount right away as you may always buy it later.

How to Unlock the Steadfast

It is recommended to look for the Steadfast capital ship mainly in either Pasaana or Jakku this time around. Engage in Space Battles in these planets in order to expose the vessel. The Steadfast can be purchased for 3,000,000 studs once you’ve taken down the ship’s defenses.

How to Unlock the Trade Federation Battleship

The Trade Federation Battleship, the final Capital Ship is unlocked in the same manner as the Executor and the Steadfast. This time around, players should travel to Naboo or Geonosis where the ship commonly emerges, then engage in Space battles until the Trade Federation Battleship appears, and then take control of it. All that is left to do after you’ve taken down the ship’s defenses is to spend the 3,000,000 studs that are required to properly free the vessel.

How to Summon the Capital Ships in LEGO Star Wars The Skywalker Saga?

To summon the capital ships that you have purchased, simply fly to the space region of any planet. Once there, go to Menu > Ships > Capital Ships and select the ship that you want to summon.

Can You Summon Multiple Capital Ships at Once?

Sadly, no. Only one capital ship can be summoned at a time. Once you try to select another ship, it will despawn the first one.

However, you can summon one of your ships while trying to find a different ship that you want to seize. This is one way to see both ships in the same space region, but the first one despawns once you finally seize your new ship. You can’t have both Death Stars together though, due to the nature of how they are unlocked.

How to Use Capital Ships?

Having achieved the ability to summon a Capital Ship, players will be able to use it in any of the space regions in LEGO Star Wars: The Skywalker Saga. Once they have arrived in any space regions, players can select the vessel of their choice from the Ships tab on their Holoprojector and wait for it to show on screen. Players can then board the ship and spend as much time exploring the interior.

Check out this video by JayShockblast showing how to seize the Trade Federation Battleship: