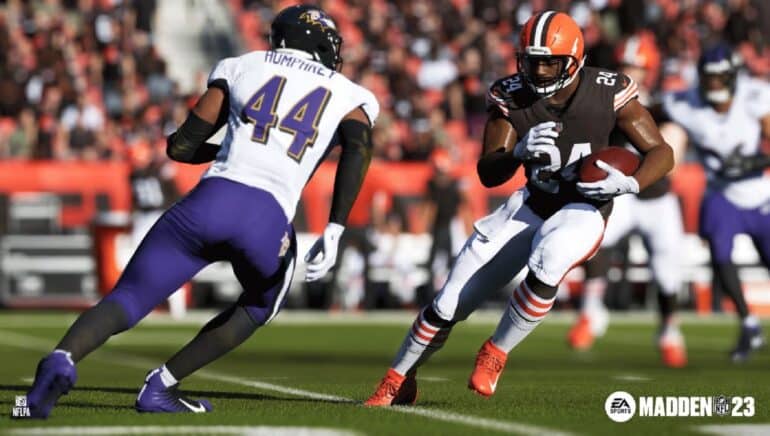 The Madden 23 99 Club is one of the most prestigious honors a player can achieve, and nearly every player on every team aspires to join it.

Only a select few players each year receive the highest 99 overall rating at the time of the game’s release. We’re now in full Madden mode, and numerous ratings have already been unveiled. This guide will list every player who made it in the Madden 23 99 Club and why they made the cut.

The Madden 99 Club is a group of players who have achieved the highest possible overall rating of 99. While many current and former favorites receive better cards throughout the season in Ultimate Team, this term often refers to the exhibition and career modes. With that in mind, let’s review the members of the 99 Club in Madden NFL 23.

After a Super Bowl victory in which he recorded the game-winning sack over the Cincinnati Bengals’ quarterback Joe Burrow, right defensive end Aaron Donald is still the greatest in the league. Amazingly for a defensive end, his best in-game stats are 99 in Awareness, 99 in Strength, 82 in Speed, and 90 in Acceleration.

As Aaron Rodgers’ primary receiver, Davante Adams displayed his flexibility by being a dangerous threat wherever Packers head coach Matt LeFleur sent him. Despite relocating from Wisconsin to Nevada, he still maintains his previous year’s 99 Club standing. He has a 99 Awareness, 99 Catching, 95 Agility, and 92 Speed in-game.

Myles Garrett has been a steady presence for a Browns team that struggled greatly last year. He’s a top-tier pass rusher who can also effectively stop the run. His in-game stats are quite close to Donald’s: 98 Awareness, 96 Strength, 91 Acceleration, and 88 Speed.

Despite the 49ers’ 10-7 record, Trent Williams established himself as an excellent offensive tackle last season and became the first offensive lineman to reach Madden’s 99 Club. Williams has a 99 Awareness, 98 Strength, 98 Run Blocking and 93 Run Blocking.

That’s pretty much it for All the Members in the Madden 23 99 Club. To stay up to date on our newest Madden NFL 23 news, guides, and features, you can check out our other Madden NFL 23 articles here.