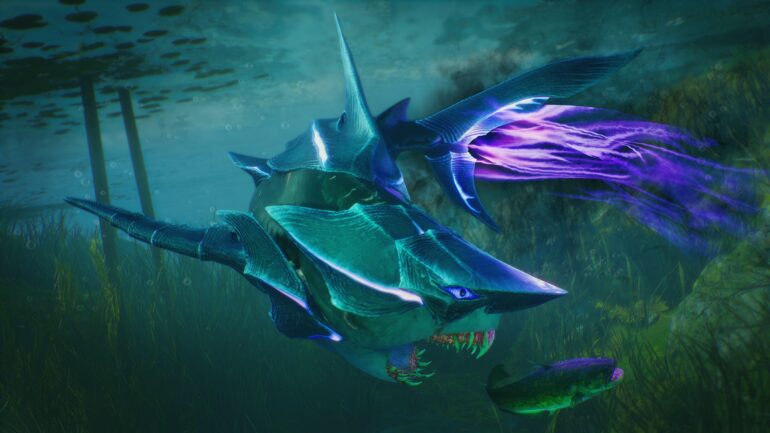 Game developer and publisher Tripwire Interactive and retail partner and publisher Deep Silver are proud to announce that popular video game Maneater is now available in digital and physical form on Xbox Series X/S and soon on PlayStation 5.

The Xbox Series X/S versions are out now while the PS5 versions will be coming on November 12 in the US, Japan, and few select countries while the rest of the world on November 19. Players can now dive into friendlier looking waters with the game on the newest hardware gaming has to offer.

The next-gen versions are fully evolved for the next-gen console system. It will support native 4K HDR at 60fps and new lighting effects that will bring the underwater world to life like only the next-gen consoles can, with Ray-Tracing coming soon in a post-release patch. The Xbox Series S owners will also benefit from increased graphical fidelity and frame rate. The PC version will receive next-gen updates in the first half of 2021. More details will be released soon.

Players who have the Xbox One or PS4 versions of the game can take advantage of the free, full upgrade to next-gen versions.

Out now on the PlayStation 4 computer entertainment systems, Xbox One, Xbox Series S, Xbox Series X, and PC (via the Epic Games Store)—and very soon for the PlayStation 5—Maneater invites players to experience the ultimate power fantasy by controlling the apex predator of the seas—a terrifying shark!

Maneater Key Features Include:
• Fully Evolved for Next-Gen Consoles: Gaming’s new queen of the deep will return more powerful than ever in the next generation of gaming. Full utilization of next gen hardware including native 4K HDR support at a silky smooth 60 FPS, lush new lighting effects, immersive feedback via the PlayStation®5 DualSense controller’s haptic motors, and more will put players in control of the apex predator of the sea like never before.
• Eat: Feed on humans, consume nutrients, and find rare shark loot to evolve past what nature intended.
• Explore the Gulf: Explore seven large regions, including bayous of the gulf coast, resort beaches, industrial docks, the open ocean and more. Experience a living world with a full day/night cycle.
• Evolve Into a Legend: Unlock and equip various Evolutions that improve and enhance your shark as you progress through the campaign.
• Unique Story: Play through a full narrative, story-based campaign narrated by Chris Parnell (Rick and Morty, Saturday Night Live, 30 Rock) and set against the backdrop of a reality TV show.
• Diverse, Compelling Combat: Battle fierce wildlife including other apex predators or fight against various types of human hunters ranging from town drunks all the way up to the Coast Guard.
With a truly unique premise and never-before-seen approach to the action-RPG genre, Tripwire Interactive looks forward to taking players on a journey through uncharted waters with Maneater.

Maneater is out now for $39.99 MSRP with an ESRB rating of M for Mature, PEGI 18 rating, and USK 16 rating. Check out our stellar review here.