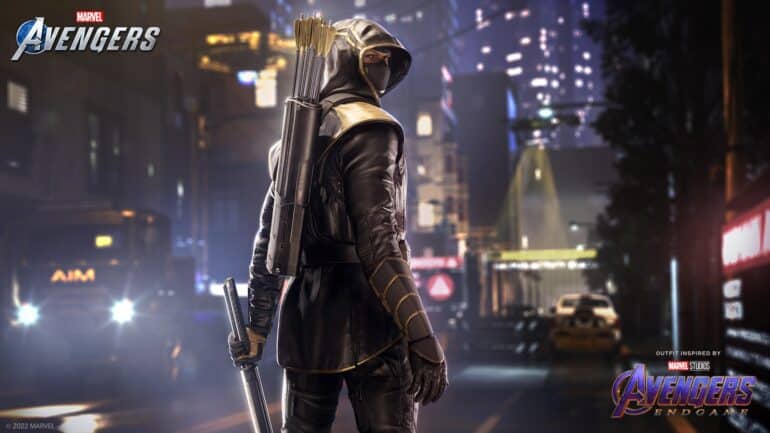 Crystal Dynamics has recently released new content for the video game Marvel’s Avengers despite having bad reception. It is a new costume for a character that got added post-launch.

Hawkeye just got a new outfit to wear in the game and it is inspired from the Marvel Cinematic Universe version. He gets the MCU Ronin costume to wear in missions now with the hood, mask, and colors to match.

The first character to get an MCU outfit was a Sony console exclusive character, Spider-Man. He acquired the MCU Spider-Man Far From Home costume and was only available on PS4 and PS5 platforms.

These two costumes are some of the many MCU-inspired costumes that Crystal Dynamics has released. This will not be the end of the costumes that are inspired from the cinematic universe though. The developers did not say if there will be more, but it is expected there will be others since it is clear some fans like them.

The MCU Ronin outfit will be in the Marketplace on February 3, 2022. Marvel’s Avengers is already available on PC, PS4, PS5, Xbox One, and Xbox Series X/S.