Look at them with sexy outfits! 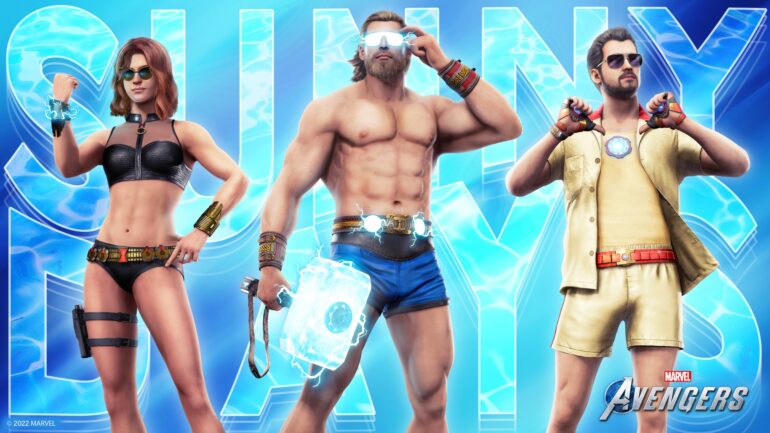 While Marvel’s Avengers has always been about new skins that are accurate to comics, film, and TV series lore, it seems Crystal Dynamics is now trying out a different kind of tactic to gain more players. This time around, they have revealed three new skins that are summer-themed. This means these three characters are now in summer wear with skimpy outfits, a lot of skin, and wearing perhaps diving gear.

The three characters with the summer outfits are Black Widow, Thor, and Iron Man. Their outfits are quite different than the usual with Black Widow wearing a black leather bikini and sunglasses, Thor wearing blue shorts and an electrifying sunglasses, and Tony Stark wearing yellow and red shorts, short sleeved shirt, a muscle shirt, and his cool shades.

Black Widow’s summer outfit is now available in the Marketplace this week while Thor’s and Tony’s outfits will be released in the coming weeks. It seems these are the only characters that will have these eccentric outfits for now, but there could be more later on.