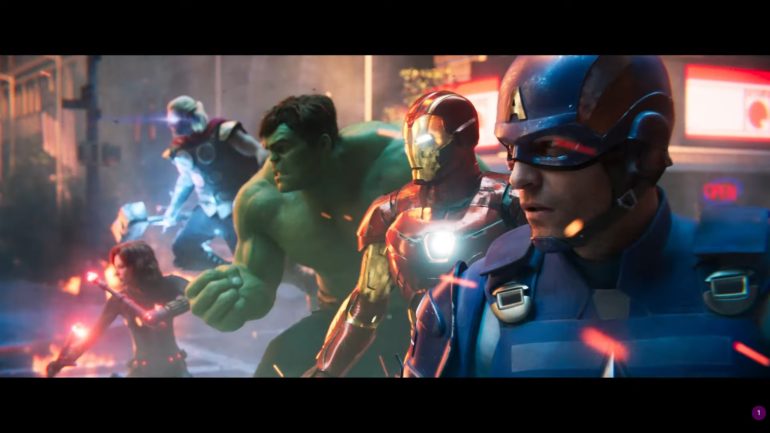 The game is now available on PlayStation 4, Xbox One, PC, and Google Stadia. Players will be offered with a truly rich experience and combines the single player focused Reassemble story campaign with the ongoing Avengers Initiative War Zone missions. The latter takes the Avengers around the world and beyond.

Each mission in the Reassemble campaign is designed to showcase one or more hero’s unique abilities, while the Avengers Initiative missions can be played solo with their own custom AI team or with a group of up to four players as any Hero in the player’s roster.

Crystal Dynamics Creative Director Shaun Escayg has this to say:

At its heart, Marvel’s Avengers is a game about hope in a modern Super Hero setting. Our original story campaign features Kamala Khan, aka Ms. Marvel, as the point-of-view focus who is unflappably optimistic, and she uses her passion, natural curiosity, gifted intellect, and emerging powers to expose a conspiracy, leading her on an adventure to re-assemble and re-build the Avengers to their former glory.

The game will have an expanding narrative to ensure a continuing heroic experience for all players. Crystal Dynamics will add more stories featuring new heroes, villains, mission types, regions, items, and more delivered to players at no additional cost as soon as they get the core game. These additional stories will move the game’s narrative world forward on a multi-year arc. All new missions are accessible to the entire roster of playable heroes.

The first post-launch content season will focus on Kate Bishop and her iconic mentor Hawkeye, Clint Barton. This will start the mysterious new Tachyon missions. The Taking AIM missions will start in late October featuring a new villain and new mystery. Kate will have her own distinct set of Heroic Skills, outfits, and takedowns to unlock and master just like the core launch Heroes.

Taking AIM will start just after the conclusion of the game’s Reassemble campaign. This is also just the first half of the two Hawkeye’s Story Arc. Clint Barton’s Hawkeye will start in November to complete the double-feature arc and set the stage for what is next. The new mission will be playable with the entire roster of heroes and all of this content, including heroes, villains, game modes, missions, gear, and more will be made available at no cost.