It's no No Way Home costume, but it works. 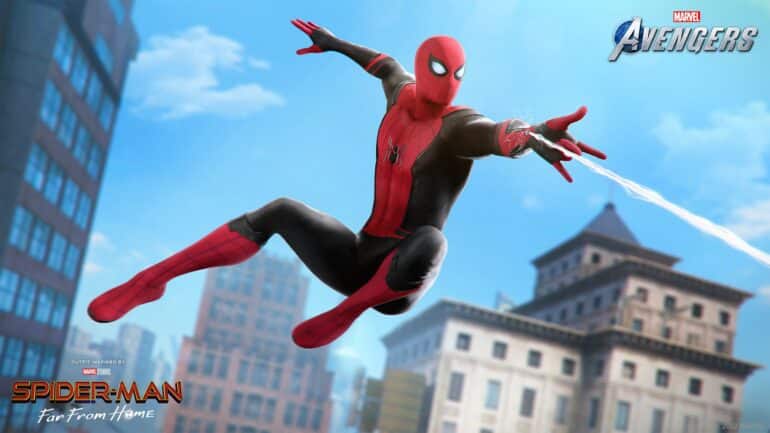 Spider-Man: Far From Home was a big hit in theaters when it first showed, so it was about time Marvel’s Avengers Spider-Man got his own version of the costume.

The new character skin for Spider-Man based on the Marvel Cinematic Universe film, Spider-Man: Far From Home, just dropped today in the game. It is the costume that Peter Parker wore when he worked with Nick Fury at that time with Mysterio as the main villain. So yeah, it is the black and red costume.

The announcement came from the official Twitter account of Marvel’s Avengers just recently. It says that this costume will be available on the PS4 and PS5 consoles only starting January 27, 2022. Unfortunately, other platforms will not be able to get this costume since Spider-Man is a PlayStation console exclusive DLC character.

More costumes could be planned for the webbed-slinging hero in the future, perhaps the No Way Home costumes that everyone wore in the film. That would be nice.