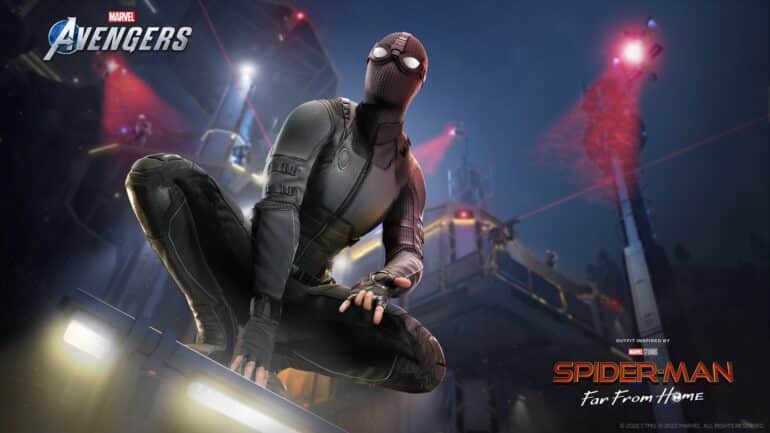 Crystal Dynamics has recently added a new costume for Spider-Man in Marvel’s Avengers and it comes from the second film of the MCU Spider-Man.

According to the official Twitter account of Marvel’s Avengers, the new outfit that Spider-Man can wear in-game is the Stealth Outfit that he wore in the Spider-Man: Far From Home film. The costume is now available in the Marketplace for the PS4 and PS5 versions. To note though, Insomniac’s Marvel’s Spider-Man added the same outfit in the game for free, which is why some fans are questioning the decision behind this addition in Marvel’s Avengers for a price.

Still, there are tons of outfits to choose from in the game aside from the Stealth Outfit if players want a different look. There was also that other outfit, which was still based from another outfit from the same film last January 27, 2022.

Spider-Man was launched way back in November 2021 and is a PlayStation-exclusive DLC character. He does not contribute to the narrative of the game, but his movesets are quite interesting and fans love playing as him.