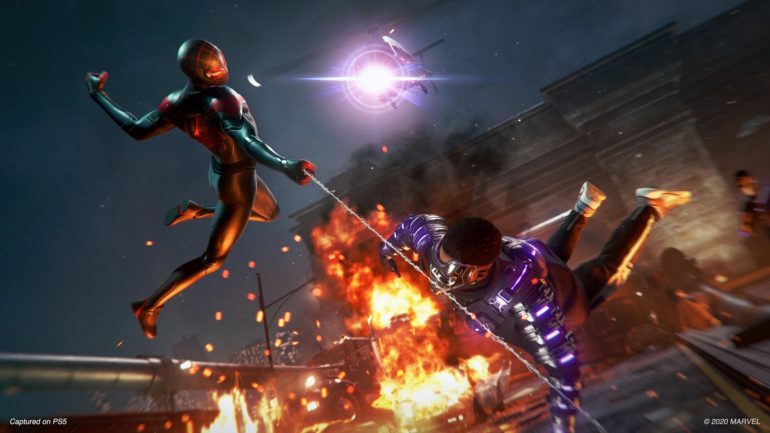 The latest gameplay video focuses more on Miles doing stealth action. It is quite short, a bit more than a minute length, and just showcases how stealth is done in the game. He can activate electrical devices and let it overload with electricity, stunning opponents nearby. He can also use his web slinger to pull in enemies from above and stun them with whatever means necessary.

Miles also has other abilities that can make him quite crafty in terms of stealth. He can go invisible and just flip his enemies around to stun them and then keep them away from plain sight. He also has an interesting feature that can mark his enemies while going around making plans for his next move. There is also some short action gameplay that shows off his new toy that can pull in enemies towards it.

Marvel’s Spider-Man: Miles Morales is coming to PlayStation 4 and PlayStation 5 on November 12.

Check out the video courtesy of Game Informer: