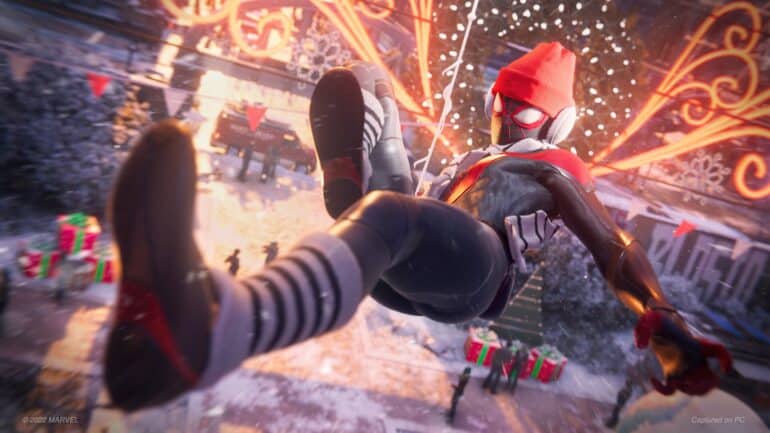 Steam Deck owners will now be able to play Marvel’s Spider-Man Miles Morales as it is now verified, which means it is now officially compatible with the handheld device. It would have played on the Steam Deck nonetheless, but this is now confirmed.

The open-world RPG first launched in 2020 on the PS4 which features Miles Morales, following his story as he balances school and being a crime-fighting superhero. Later, it became the launch title for the PS5. On November 18, 2022, the PC version will be released on Steam and Epic Games.

The Rise of Miles Morales

A War for Power

A war for control of Marvel’s New York has broken out between a devious energy corporation and a high-tech criminal army. With his new home at the heart of the battle, Miles must learn the cost of becoming a hero and decide what he must sacrifice for the greater good.

Traverse the snowy streets of his new, vibrant, and bustling neighborhood as Miles searches for a sense of belonging. When the lines blur between his personal and crime-fighting lives, he discovers who he can trust, and what it feels like to truly be home.

See the city come to life with stunning ray-traced reflection and ray-traced shadow options with a variety of quality modes to choose from.

Take in the cinematic sights of Marvel’s New York with support for a range of screen setups, including 16:9, 16:10, 21:9, 32:9, and 48:9 resolutions. 48:9 resolutions with triple monitor setups are compatible with NVIDIA Surround or AMD Eyefinity.