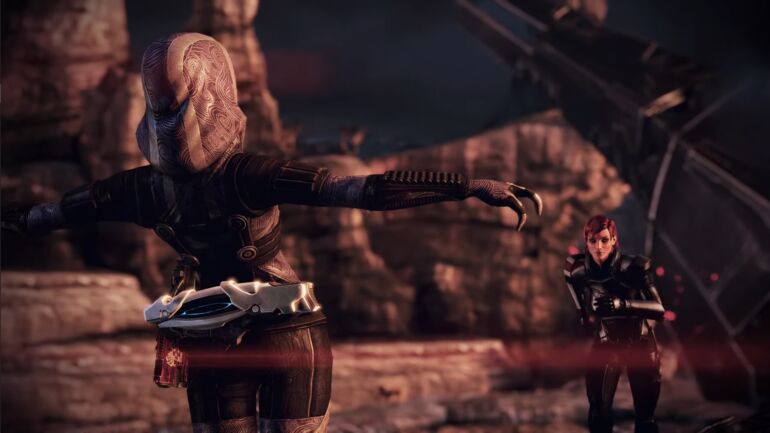 Game company BioWare recently revealed that there is one DLC that upcoming video game collection Mass Effect Legendary Edition will not have.

Game Director Mac Walters recently shared some new information with media outlet Game Informer about a particular DLC from Mass Effect 1. He revealed that the Pinnacle DLC will not be added to the long list of DLCs included in the Legendary Edition, unfortunately. He stated that the data got corrupted and could not be salvaged.

The Pinnacle DLC was supposed to be the training facility that players could try out in the game. It was available on the Xbox 360 version, but the PS3 players were not able to enjoy this because the source code got lost. The development team currently working on the Legendary Edition would have loved to include this particular content, but the situation was beyond their control.

The guys who were responsible for the DLC, studio Demiurge, got contacted, but they had bad news. The backups for the code sent over contained almost all corrupted data and the vital links were missing.

Walters did say that if they were to try to revive Pinnacle DLC, they would have to make an entire remake, which could take a lot of time and effort. They wish they could do it, but they had to leave it to the cutting-room floor. “It was heartbreaking,” he concluded.

Well, at least we have over 40 DLCs to enjoy. If they were to delay the game for only one DLC, that would make a lot of fans disappointed. Maybe, in some distant or near future, they could make a remake of that particular DLC later on. Even if it would take a lot of time to do so. But until then, it would be prudent to move forward with the rest of the video collection and DLCs.

Mass Effect Legendary Edition will be released on May 14 for PC, PlayStation 4, and Xbox One. It will be forward compatible with PS5 and Xbox Series X/S.