With the current success of Medieval Dynasty, Render Cube unveiled a new road map for the game in the upcoming months 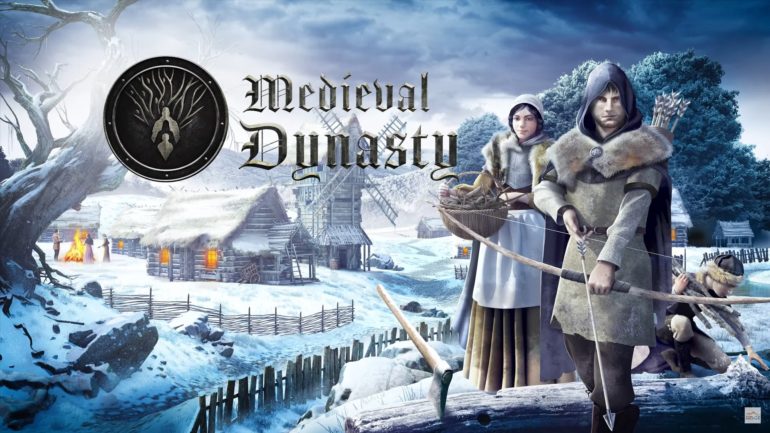 Publisher Toplitz Productions and developer Render Cube are looking to the future for its game Medieval Dynasty. With the successful launch on Steam, Epics Games Store, GOG.com, and Microsoft Store, developers Render Cube are now thinking about what kind of legacy the game (and its community) will build in the coming months.

In their latest Steam blog update for the game, the developers have outlined some of the key updates headed to the game in the following months, with the first item panned being a highly requested feature – the option to play Medieval Dynasty from a 3rd person perspective.

Due to roll out before the end of the year, this new mode will not only let players admire their choice of outfit and better center themselves in this harsh medieval world, but should also allow players more susceptible to motion sickness to enjoy the game on their own terms.

Due early next year are an assortment of cosmetic structures and decorations to really help players define their villages as their own. More practically, there’s also windmills in the works; a major undertaking for a small medieval village, but once constructed, it’ll be an economically powerful resource.

And while players are turning their eyes to the sky to admire the towering windmills, there’s more wildlife on the way.

An assortment of birds will be joining Medieval Dynasty’s fauna, plus more animals to hunt, tame and adopt. Coming later is a new set of quests and dialogues focused on the main character’s son, letting players help decide what kind of person their heir will grow up to be.

Later in the year, the announced about the official console ports are planned, with details to be announced soon.

Hunt, survive, build and lead in the harsh Middle Ages: Create your own Medieval Dynasty and ensure its long-lasting prosperity or die trying! In this open-world survival sandbox RPG, players step into the hard-worn shoes of a young wanderer offered the chance to establish a legacy in a gorgeous medieval land.

In this harsh era, survival means farming, protecting yourself against the elements, hunting for food and taking on quests in nearby towns. You won’t be alone – as players expand their territory, villagers will come to join their town, and perform their share of the work. In time, the wanderer may even find love and settle down in this new village. What kind of Medieval Dynasty will you build for yourself?

Medieval Dynasty is out now on Steam, Epic Games Store, GOG.com and the Microsoft Store for £26.99/€29,99/$34.99, and is available in 17 languages, including Portuguese, Russian, Simplified Chinese, Japanese and more.

The game is also included in Xbox Game Pass for PC.