Surprise for all Type-Moon fans 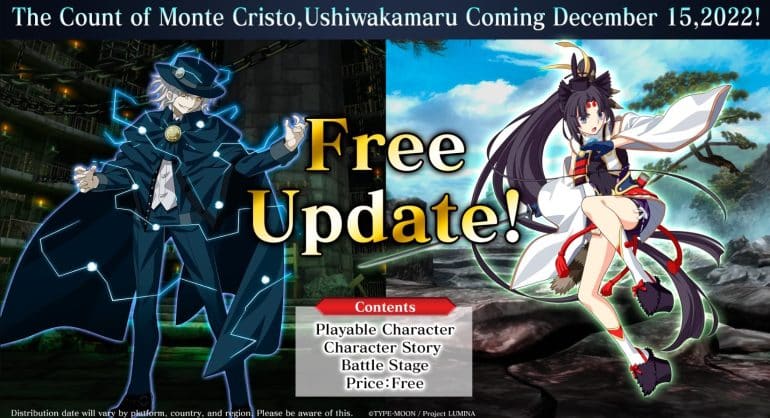 Fighting games have become very popular lately. Every month or so, new updates and new fighters enter the stage in fighting video games like Tekken, Street Fighter, and more. Melty Blood Type Lumina, one of Type-Moon’s most popular fighting games, has announced new DLC Characters and more to be added..

On their official Twitter account, the developer team announced two popular characters from the mobile game, Fate Grand Order. These characters are Edmond Dantes and Ushiwakamaru. These two popular servants from FGO will appear as fighters in the game as well as new language options available for Spanish, French, and Brazilian Portuguese players. New maps and tons of customizations colors will be added as well in which fans of the series will be delighted to partake.