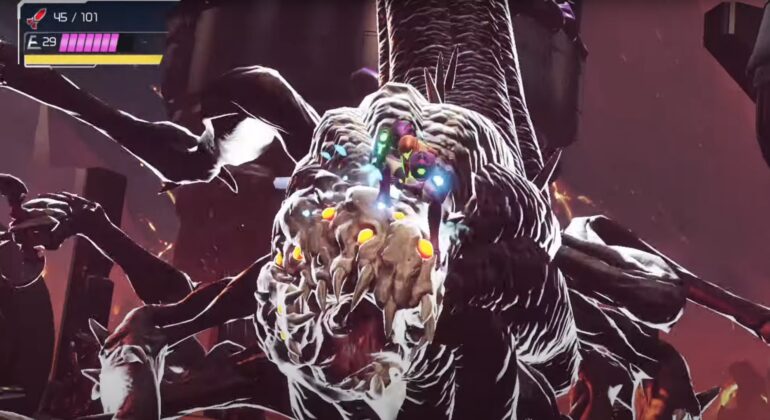 Experiment No. Z-57 isn't a boss to be taken lightly. Here's a full guide on how to beat the Cataris boss level.

Ever feel like Metroid Dread bosses aren’t challenging enough? Well, buckle up because we’ll be introducing a boss that’s no pushover and might just give players the run for their money feeling they’ve been missing from every other boss.

Where to find Experiment No. Z-57

So eventually there will be an issue that will prevent Samus from exploring Artaria which is in a frozen state. ADAM will suggest you to check the power plant in Cataris. Once you find Experiment No. Z-57, you notice that the creature is absorbing the heat from the plant.

How to Beat Experiment No. Z-57

When Experiment No. Z-57 does Single Limb Swipes, use Space Jump to go to the top left or top right corner as necessary, and when it does Double Limb Swipes, just jump towards the upper center of the screen to avoid it.

Countering Chomp Chomp will allow players to do a grab sequence that will deal a lot of damage to Z-57 as well as stun him. A successful counter gives Samus Missiles and Energy.

For the Downward Laser, players need to wait for the first shot to end and players can jump to the safe spot before the second shot happens. Players can combine the jump with Flash Shift or double jump depending on the distance of the safe spot.

To avoid the Sideways Laser, players just need to stand close to the head as the beam won’t be able to reach the player if they’re there.

For the Targeted Laser, players will need to keep moving in order to avoid the laser locking on to your position. Use Storm or Ice Missiles to destroy one of its limbs to disrupt Z-57 and then rinse and repeat until all the limbs grabbing the walls or ceiling are destroyed.

The Laser Waves are the toughest ones to evade. There will be laser waves trying to hit the player and they’re stacked with between zero, one, two, and three waves high. Samus needs to jump or not jump properly throughout the sequence all the while running away from the gooey wall.

And that’s it for how to beat Z-57. The fight will be asking a lot from players but it isn’t impossible to beat and I’m sure many will love or hate this particular fight.

For more on Metroid Dread, you can check them out here.