Who lives in a pineapple under the sea?! 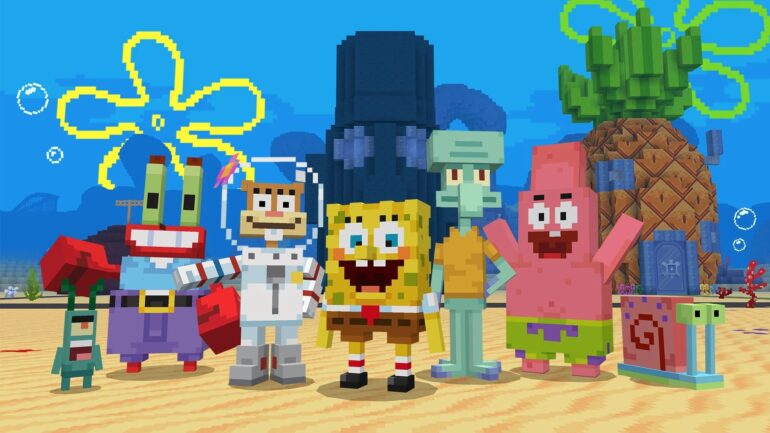 Minecraft has finally added the ultimate content to its game, the new SpongeBob DLC which introduces a lot of content based on the popular cartoon. Players will be able to find Pineapple houses, Krabby Patties, jellyfish jam, and so much more. The whole Bikini Bottom just got transported into Minecraft.

With this new immersive DLC, players will be able to dive into the world of SpongeBob like they have never seen it before. They will be able to find some Jellyfish Fields where they can make Jellyfish Jam, visit SpongeBob’s Pineapple House, visit Sandy, or relax in a blocky Reef Cinema. Find collectibles and items along the way.

Play together with SpongeBob and work in Krusty Krab to feed hungry anchovies with Krabby Patties, help Patrick with building something, help Sandy master the explosive powers of redstone, overcome Plankton’s tricks, and many more. Jump, race, puzzle, and build in six epic quests, which includes one combat-based mini-game.

Try out the DLC right now and go to the Minecraft Marketplace to get the free SpongeBob Character Creator item from the Dressing Room.