Minecraft Story Mode Season 2: Below The Bedrock Review – Digging For The Truth 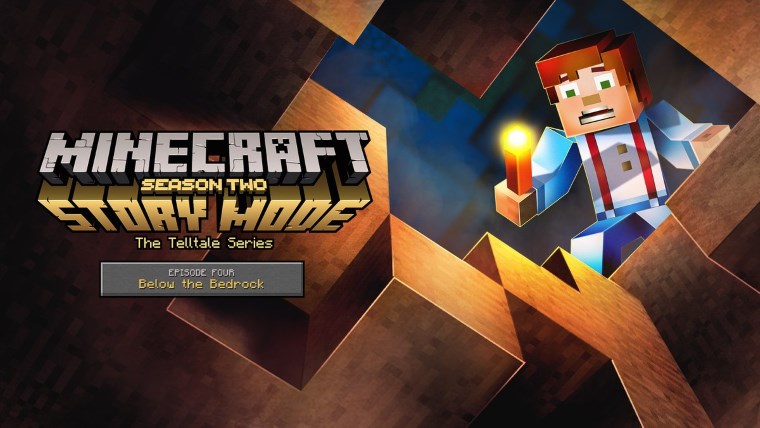 The second season of Telltale Minecraft Season 2 is back with its latest, Episode 4.

Like always, since I’m already talking about this far off into the story, I’m going to go ahead and make the assumption that you’ve already played the previous episodes. There won’t be any spoilers in this review but I will be talking about the events of the past episodes.

What differs episode 4 from the others is in the way it plays things, episode 4 is more about the big reveal and exploring more about the Admin’s past through one of his former friends, Xara, as mentioned in the previous episode.

Unfortunately, if I can’t say that this episode is stronger than the others. In fact, it’s sort of a set back. Although the Admin himself has quite the interesting background and we’re given a more clear exploration of that, some of the things, such as the ninja hunter sent to go after Jesse hyped up in the previous episode was completely weak. While I’m not going to spoil it, the way Telltale played it off was cheap and barely exciting for all of the build up.

The episode does a great job in keeping us interested in just exactly what might have happened to the Admin to make him like this. The pacing is great and the characters are as charming as ever. But Episode 4 wasn’t as particularly fun to play especially more so when it comes right after Episode 3 which is probably the best in the entire season. 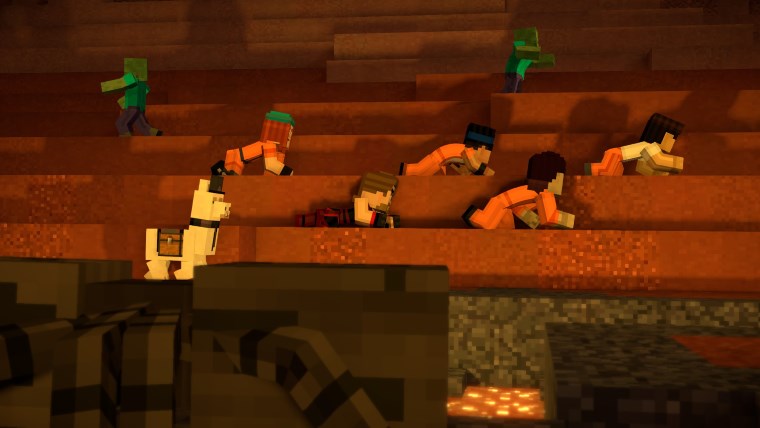 Also, the most annoying thing, not only in this episode but the rest of the game that I experienced, is the pause menu itself. Yes, the pause menu. It’s not that the blandness of it irks me in any way, it’s the music. I don’t know who’s decision it is to make the pause menu soundtrack sound like a microphone screeching at the audience. I’ve never pointed it out before because this is the first time I actually had used the pause screen one too many times for me to excuse it anymore. You’re going to wind up minimizing the volume once you do pause the game.

But I have to say, though I’m pretty sure I already mentioned this in the previous reviews, I was not expecting Telltale Minecraft to have such deep characters.  The characters here aren’t just stereotypes that the developers immediately grabbed from whatever trope they saw first. They have added depth here that makes them interesting.

Still, I’ve already mentioned the illusion of choice before for this installment and it unfortunately still applies in this episode. But Telltale makes up for it with storytelling and characterization.

Fighting mechanics make a return this time around. Though, I’ve noticed that there isn’t as much fighting here as in the other episodes. There’s only about three here as I’ve counted, with a big one at the finale of the episode. They tried to spice up the fights here by allowing you to use the environment more to dispatch enemies.

My recommendation? Wait for the full game to release, if you already own the previous installments, I suggest you get this episode for yourself since you’ve come too far off to stop now.

Minecraft Story Mode Season 2: Below The Bedrock Review - Digging For The Truth
Score Definition
When the issues of a game are rolled and stomped by its greatness, then it’s something to invest on if you have some spare.
Pros
Rich Story
Great Characters
Cons
Pause Menu Music (Awful)
Illusion of Choice
Wasted Opportunities
8
Great