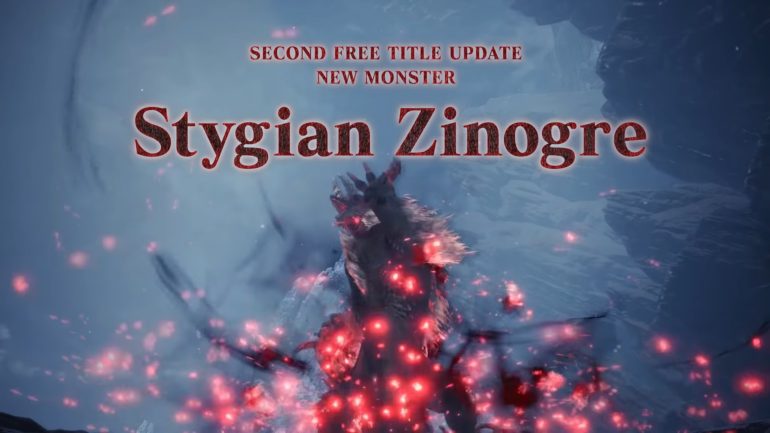 The second major title update for the video game will add a new huntable monster called the Stygian Zinogre, and it will launch on Dec. 5. This was announced the recent event Monster Hunter Fes ’19 to ’20 in Tokyo.

The Dracophage Bugs have a symbiotic relationship with the new monster. It releases projectiles that look like bullets, and becomes even more dangerous when covered in light.

A new region in the Guiding Lands will open called the Tundra Region with this new major update, and it will also add new weapons and armor sets. Aside from those it will launch the first Astera Fest following the launch of the major expansion. The PlayStation 4 version of the game will also release the second and third Horizon Zero Dawn: The Frozen Wilds collaboration quests. A Developer Diary Vol. 4 will be released on Dec. 4 revealing the full details of the update.

The full game is now available on PlayStation 4, Xbox One, and PC. The expansion is also available on PS4 and Xbox One. The PC version will launch on January 9, 2020.