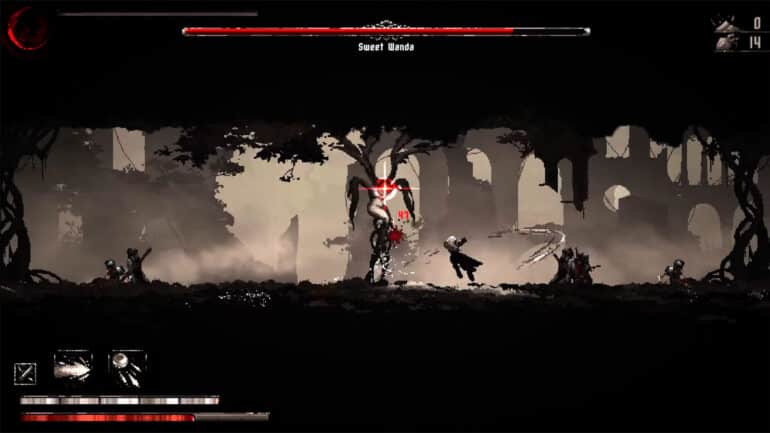 Sweet Wanda is the third boss fight that players face in Moonscars. She has the power to manipulate the roots and branches within her domain, and she may not be a mobile opponent, her wide reaching attacks make up for it.

In this guide, we will talk about how to defeat Sweet Wanda by looking at her attack patterns and knowing how to respond to them.

How to defeat Sweet Wanda in Moonscars

Sweet Wanda has two phases for her fight, with each phase having separate health bars. She is immobile during the first phase of the fight, but she can start moving on the second phase.

In the first phase, Sweet Wanda stays put in the middle of the arena.

Once the entire health meter for the first fight is done, the second phase will start. Sweet Wanda will start to move around the arena.

After defeating Sweet Wanda, you will receive the Lost Friend achievement.

If you like this guide, be sure to check out our other Moonscars articles:

Check out this video by Tokillag0d showing the Sweet Wanda boss fight: