A look at the multiplayer features that will be in Pokémon Scarlet and Violet. 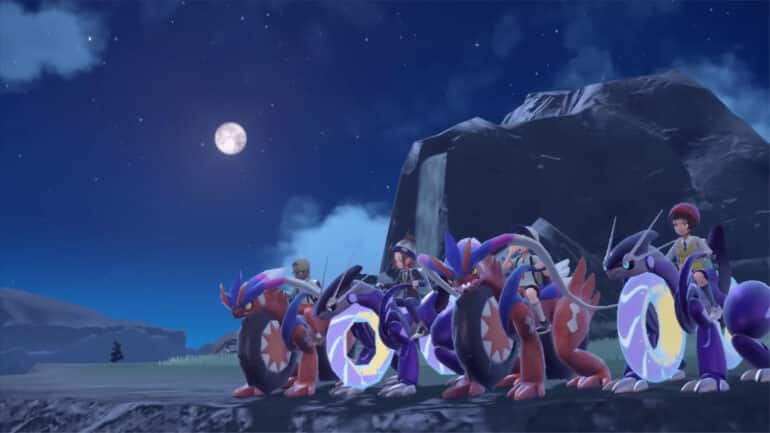 Multiplayer Co-op play is one of the biggest things to expect in the upcoming Pokémon Scarlet and Violet. Players can play with other players not just through raid battles and online competitive battles, but also through co-operative play within the open world of Paldea. In this feature, we’re going to take a look at all the multi-player features that will be present in the game.

What kind of connection is needed for Scarlet and Violet multiplayer?

Both local wireless connection and/or an internet connection can be used to play in multiplayer mode, be it for the co-op play or for the competitive battles.

Is a Nintendo Online subscription needed to play multiplayer?

A Nintendo Online subscription will be needed if you will be playing multiplayer using an internet connection only, and not when playing using a local wireless connection.

The Union Circle is a feature in Scarlet and Violet that lets you play with three other friends within the same map. Once connected, you and your friends can play however you like within Paldea, from just hanging around the different locations, towns, and cities, to going into Tera Raid battles and try to catch Tera Pokémon. You can even have friendly battles with your friends while within the same Union Circle session.

Similar to how Max Raid Battles work in Sword and Shield, you can play with other players to take on powerful Tera Pokémon. You can approach and interact with Tera Crystals that can be found scattered across the world to queue up for a Tera Raid Battle as a group.

You can then find allies to join you or you can join up other players’ sessions who are looking for allies. Similarly, you can also play with your friends using Link Codes.

The Poké Portal is the catchall term for all of the multiplayer features that Scarlet and Violet has. This includes the co-op Union Circle, Link Battles, Link Trades, and Surprise Trades.

Link Battles is the online multiplayer feature if you want to play against other trainers across the world competitively. It’s similar to the Global Battle Union and the Battle Spot from the previous games where traditional Pokémon battles are held against other Pokémon Trainers. The official website also suggests that there will be different battle formats that players can compete against, presumably including dual battles.

Link Trades has been a staple in most of the major games of the Pokémon franchise that has two or more versions. There will be several Pokémon that are version exclusive to either Scarlet or Violet, such as Larvitar, Bagon, Stonjourner, and Eiscue. The only way to complete your Pokédex is to trade with other trainers or with your friends who has a different version than what you have.

There will also be Pokémon that will require trading to evolve, such as Haunter to get Gengar, and possibly more that have yet to be revealed.

Surprise Trades are similar to Link Trades, but after selecting a Pokémon to trade, you will then be linked to a random trainer who is also making a trade, but you will not know what Pokémon you will receive from them until after the trade is done. It’s a good way to get other Pokémon fast when you’re just starting to fill up your Pokédex.

Will there be special Pokémon that can only be obtained through Surprise Trades? That’s something we’ll have to see once the game comes out.

Check out the World Overview video from The Official Pokémon YouTube channel: