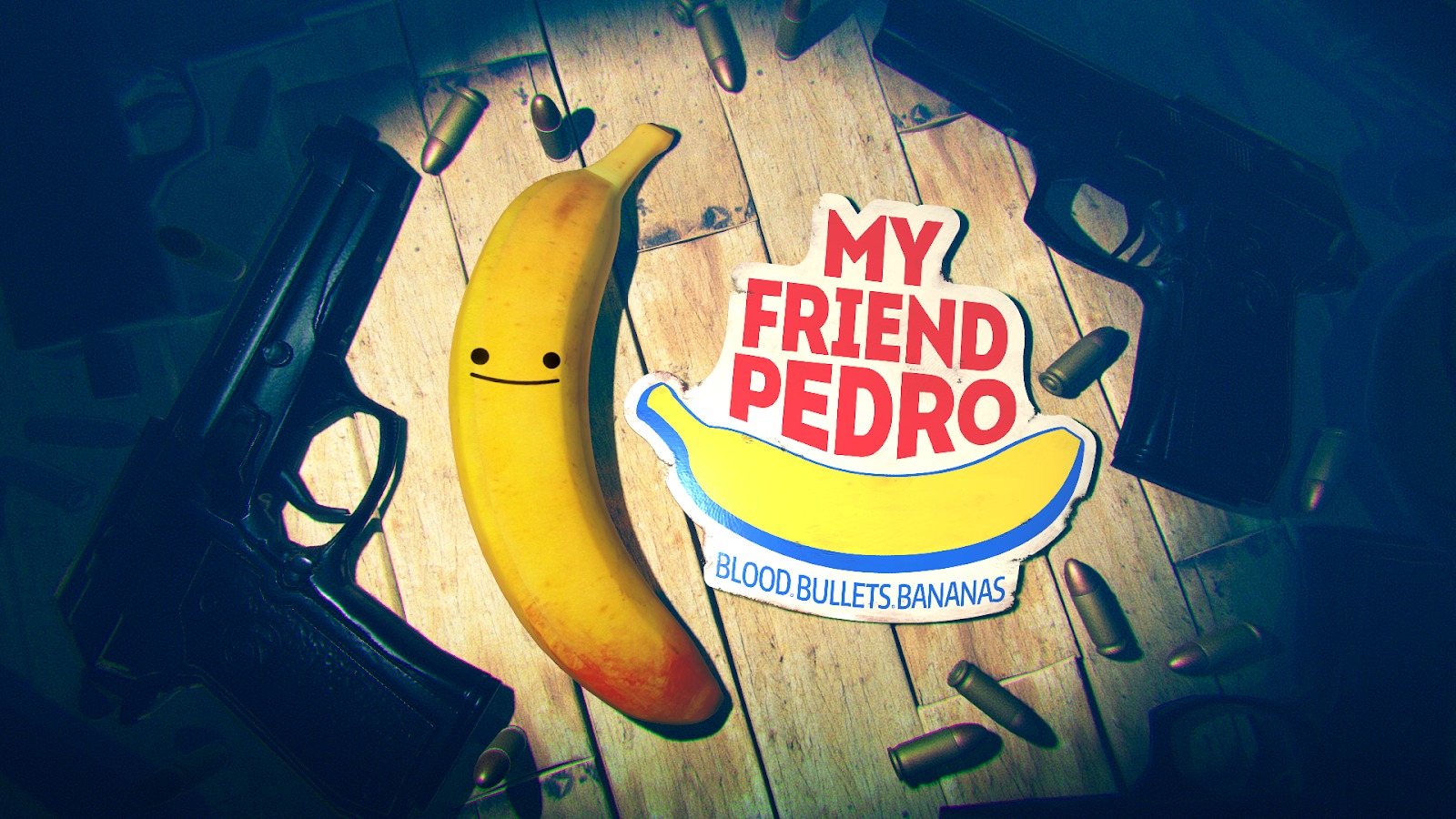 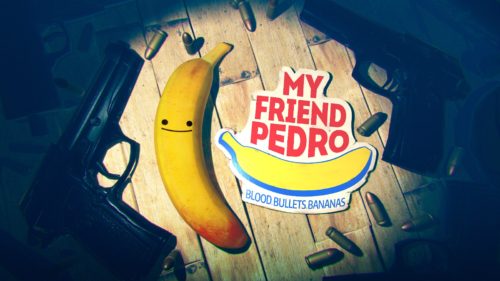 From Kicking kitchen Knives to raining down bullets with flying frying pans, My Friend Pedro pushes the player to take down bad guys in the most stylish way possible. It might take a while to get used to, but once it clicks, My Friend Pedro serves up a ballet of violence, unlike anything that I’ve seen before. Which begs me to ask. Is this art?

You control a masked protagonist guided by his very good friend Pedro, a talking Banana with more than a mouthful of things to say. The main objective of the game is simple. Clear the room of bad guys and move on to the next. What differentiates My Friend Pedro from other 2D sidescrolling shooters out there is that you need to take down said bad guys in the most creative and dare I say it, most artful way possible. In each level, there is a score multiplier based on the number of enemies you’ve downed in a set amount of time. The more stylish the kill, the higher the score. To add to the fun and carnage, My Friend Pedro serves up a healthy arsenal of guns and environmental tools for you to play with.

You start with basic pistols, working your way up to the akimbo, shotguns, and many more. Most of which you can then dual-wield to take down two or more baddies all in one cinematic slow-motion swoop with the help of the Focus mechanic. With the push of a button, you gain the power to slow down time ala Max Payne Bullet Time Allowing you to place your shots better and maximizing the number of bodies you can drop in one clip. There will be times when things get a little too crowded and you may find yourself with a sliver of health, but fear not as My Friend Pedro will automatically slow down a killing bullet, allowing you an extra couple seconds to gracefully dodge a killing shot. A very helpful mechanic that has saved my hind more than a handful of times, thus saving my highlight in the process.

Focus time, dual wielding, and dodging killing shots may sound cool and all, but My Friend Pedro takes the action and creativity up a notch with a variety of environmental tools at your disposal. You have skateboards, basketballs, kitchen knives and so much more, all of which are conveniently lined up in every well designed set piece for the player to use. Every level acts as a canvass for you to paint your blood-spattered, bullet-ridden masterpiece and in my opinion, the frying pan is probably the best tool to paint with.

In between the action, My Friend Pedro has some light puzzle solving, which can be a little head-scratching if you don’t pay attention to the environment. It also has Some Light platforming and a couple of chase scenes mixed in as well. One car chase had me doing a three-sixty flip on a motorcycle, all while raining down bullets on my enemies, which was pretty exhilarating, to say the least.

It introduces A pretty good variety of levels during its 5-hour playthrough. One level could have you dodging security lasers that can fry you in seconds and in the next level, you’ll find yourself bouncing up and down platforms with mimes trying to murder you with shotguns. This variety keeps things fresh, keeps you on your toes, and opens up other avenues for your creativity. In those 5 hours, you’ll be fighting retired mafia men, bounty hunters, and many more, but they mostly act as meat targets for your crimson adventure and The bosses here don’t fair that much as well. They’re all fairly easy to take down in one try, but it’s about the journey and not the boss fight right?

My Friend Pedro is easily one of the most stylish and action-filled games of the last decade. It’s breakneck speed to the finish line left me wanting more. It’s a great case for the age-old argument “are video games art?”. For my money, I think My Fred Pedro is.

My Friend Pedro – Review
Score Definition
Almost perfect if not for the nitty-gritty. If it’s quite there but not enough to push the boundaries, it’s still an awesome game.
Pros
Stylish Combat
Great game mechanics
Level Variety
Cons
Easy bosses
9
Excellent