My One Night Stand — What Really Happened… 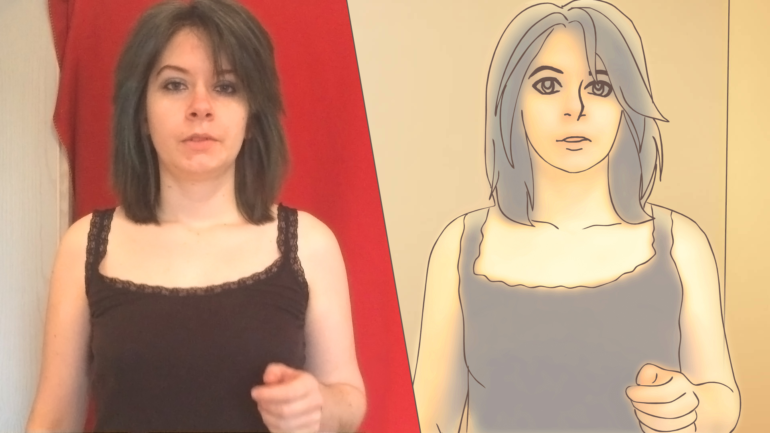 In my normal day just browsing through various gaming sites for news and updates, checking my work e-mail, sipping from my glass full of blue lemonade, and went on watching a video about the final episode of Tropes vs. Women in Video Games (The Lady Sidekick) by Anita Sarkeesian. That’s where I stumbled upon this interesting visual novel about what usually happens after going to pubs or bars or whatever you want to call these places in where you’re living. I immediately launched Steam, searched the name of the game, and it was cheap – for what it had, the price was acceptable.

Downloading a particularly small file-sized game from Steam, I was a bit surprised. Silly me, I thought the game was like about a hundred megabyte. I fired up the game from my Steam Library, and started my progress in this visual novel escapade – where I have to just simply choose whatever dialogue I want to say. I can be a douchebag, an asshole, or be the good guy. I tried various ways after I finished it, but initially, I had to put myself into the shoes of the man in this game:

Waking up with a strong headache that made me forget what happened last night, something vibrated and I had to quickly pick up my phone with my sight all blurry then randomly took things in the process. I managed to get a hold of my good ol’ communication device to check my messages. And damn, a friend of mine got pissed that I ditched him last night. I eventually turned my head to look at the other side of the bed, and it struck me like a lightning that there was a naked woman lying beside me.

I had to explain to my friend that I ended up at a place that was apparently not my house. That bastard didn’t even believe I had a one night stand, so what I did, I took a picture of the woman’s back since she was not facing me and sent the image to him – then my phone died. Just. Great. I didn’t know what to do, my phone’s battery was dead, and every cells in my body were going batshit crazy because I just didn’t know how I can get out of this situation safely– or worse: getting my manhood chopped off. So I decided to wake her up gently, but a sudden tenacity sparked and the woman beside me jumped out from the bed and threw the bedcover at my face.

While she disappeared from the room, I had to do some digging to find out who she was and what happened. Going through her pink colored wallet, scouring through her IDs which were probably fake, I decided not to use any of them as reference if ever she asks me if I remembered her name. Then the door opened in a snap, and she was there, telling me she’s sorry and hoped she didn’t freak me out from what she did. She was wearing a t-shirt but with no pants on – like really she was just in her plain white panty. Setting that aside from my mind, she asked me what I wanted – a coffee or painkillers? Of course, I had a hangover, I would rather drink a nice hot coffee with cream. The aroma, the taste! Yes… I was in heaven for a few minutes when I drank that delicious cup of coffee.

We were going back in a discussion to what happened last night. She asked me if I remembered anything. Like where we met for the first time, that kind of thing. I tried to give out a straight-face for her not to notice that I had no clue of what happened that night. I mean, yeah, we did hook up, but before that, it was all fuzzy.

She was onto me, she figured out that I didn’t remember by being observant on how I reply to her and asked me if I wanted to know what happened. Well, yes please, tell me so I wouldn’t be like “wha–?” She went on and on about her frustration with a guy she met over a dating app who didn’t show up at the bar, and blabbing about what a douchebag he was.

Apparently, I was there for her. I cheered her up, had long conversations, and lots and lots of cocktails and drinks, then you know what happened after. Wink. Wink. Darn, I didn’t even know I gobbled up a lot of alcohol, no wonder I wasn’t able to remember anything. But the conversation suddenly stopped as someone was ringing the doorbell. When she stepped out from the room without pants, I wondered if she answered the door without anything to cover hear underwear.

Would I feel amused? Disgusted? Or what? I find it hot, but, I’m a conservative dude. Don’t blame me.  She came back, told me it was a mailman (and I was like, really?) since she ordered a book online. After another long interesting conversation with this cute gal, someone sent her a text message with a picture of her back and that it was already all over her feed. Of course I had to take her picture because my asshole friend didn’t believe me. Embarrassing, I felt guilty, really.

I know I was going to get a shitstorm for what I pulled. She forced me out from her house. It’s quite sad, you know. She was nice, welcoming, but I just fucked it all up. Plus, I didn’t even know where I am, and I had to look for cab to go home. What a day! Phew!

So, what was the story about, you ask? Well, it’s simple, it was about my initial progress of One Night Stand by Kinmoku.

Video-games in this present day give us a lot of ways to express our inner self by being someone else or by just being you. I always have this mindset that whatever I choose when I play games like these, it’s based on what I would actually do if it were to happen in my life. That’s why I don’t usually go back from the start of the game and choose different sets of dialogue just to know what would have been.

Telltale and other RPG titles have proven and perfected this formula of actions and consequences that will hit an emotional impact on players, and that they can take control on how the story flows. You decide who gets to live, who gets to die. Emotional impact from games makes us human, to witness how it feels like in certain situations. It makes us learn new ways how to handle things.

Games like Tormentum, NieR: Automata, The Witcher, Dragon Age, and some others with multiple endings are intriguing and they also make the players curious to discover those alternative sequences.

These kind of games eliminates the question of “what-could-have-been”. What if I did this? Would it end like this? Just like in movies, we always have this question in mind. What if Anakin let Mace Windu kill Palpatine, what happens? What if Superman didn’t say his mother’s name to Batman, what happens?

In games, we get to control what we want to do, even if some of them are linear. But games with the means to drive the story by your own hands are even more rewarding — even having that one memorable night is something beyond rewarding, if you know what I mean. 😉