My Time at Sandrock Launches on PC Early Access Today

Multiplayer features to be added later in Early Access 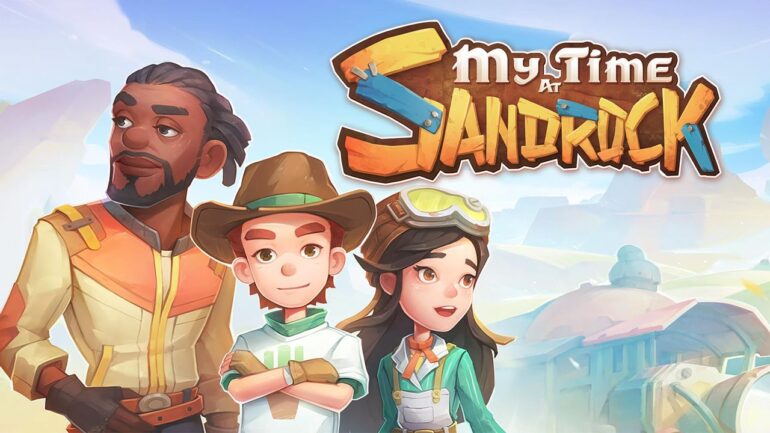 Pathea Games have announced today that the second entry in the million-plus selling My Time series, My Time at Sandrock, has entered Early Access on PC (via Steam and Epic Games Store) today.

“My Time at Sandrock brings lots of new features to the My Time series,” said Yang, the brand manager of Sandrock. “The customizable playability of My Time at Sandrock allows for players to enjoy different aspects of the game depending on their interests and gaming style.”

About My Time at Sandrock

Times are tough in Sandrock, a once glorious city-state now struggling for survival against the harsh economic and environmental realities of its desert-bound location. Board a train to Sandrock and step into the role of the town’s newest Builder, capable crafters with a knack for producing all types of public projects, and get to work kickstarting Sandrock’s return to form.

Revitilize Sandrock and its surroundings by taking on work orders to create labor-saving machinery like elevator shafts, build communal buildings and attractions, and help neighbors with various tasks. Learn how to harvest delicious crops by transforming the blistering desert into a culinary hub. Befriend the citizens of Sandrock by engaging in leisurely conversations, tackling relationship-boosting sidequests, and improving community and friendship-related skills. Take a break from rebuilding Sandrock to craft furniture, decorate your workshop, and turn the Builder’s new house into a customized and stylish home.

Approximately how long will My Time at Sandrock be in Early Access?

According to the developer, “For now, we aim to release the Early Access version in 2022. Early Access will last a year to let us refine further and add new features and endgame content.”

How is the full version different from the Early Access version?

“During Early Access, we’ll be implementing story quests for the NPCs, finishing the main questline, fleshing out the world, and generally polishing the game.”

In addition, the developer will:

what is the current state of the Early Access version?

“Early Access will begin with the single-player story model: players will be able to play some of the first act of the game’s story and have access to romance and friendship missions as we implement them.”

My Time at Sandrock is available on PC (via Steam Early Access and Epic Game Store) for $24.99. The game supports English, French, Italian, German, Spanish, Portuguese, Thai, Japanese, and (Simplified and Traditional) Chinese.

the Early Access of the game will receive regular content updates, including new NPC dialogue, voice-acting, an original multiplayer storyline, and more throughout development. The My Time at Sandrock OST is available on Steam, with more songs to be added later.