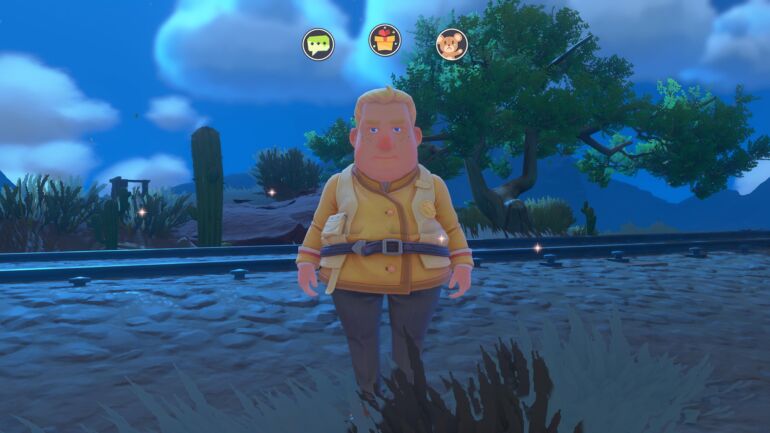 Game developer Pathea Games recently announced that the sequel to My Time at Portia, My Time at Sandrock has reached 100,000 wishlists in just two months.

The developers revealed that they will unlock more in-game features once the game gotten a number of wishlists on Steam. The 100k wishlist goal unlocked the facial make-up function on Sandrock beyond what the prequel offered. Players can now do eye shadow, lipstick, and other cosmetic settings for their characters. There are other goals planned like deeper furniture customization, a play-date function between players in multiplayer mode, and the highly-requested feature for player’s children growing up to at least school age.

My Time at Sandrock inherits My Time at Portia’s essence and takes place in perhaps the only wholesome post-apocalyptic world in the gaming industry right now; a world where humans have successfully restarted civilization after nearly destroying themselves through greed, unbridled technology, and warfare in a long-ago period they refer to as the “The Age of Darkness.” The current citizens of this world now band together and reject the Old World ideologies as they work to rebuild, but remaking an entire civilization isn’t easy.

Players will take up an offer to become a Builder in Sandrock, another city-state located within the Alliance of Free Cities, set in the arid Eufaula Desert not far from Portia. It’s up to you and your trusty toolset to gather resources, build machines, fix up your workshop into a well-oiled production machine, and save the town from the jaws of economic ruin, as well as a few other unexpected complications.

My Time at Sandrock will be available for PC via Steam Early Access first in Spring 2021, then will be heading to WeGame, Epic Games, GOG and other platforms in 2022. It will later arrive on Nintendo Switch, PlayStation 4, Xbox One, and next-gen consoles.