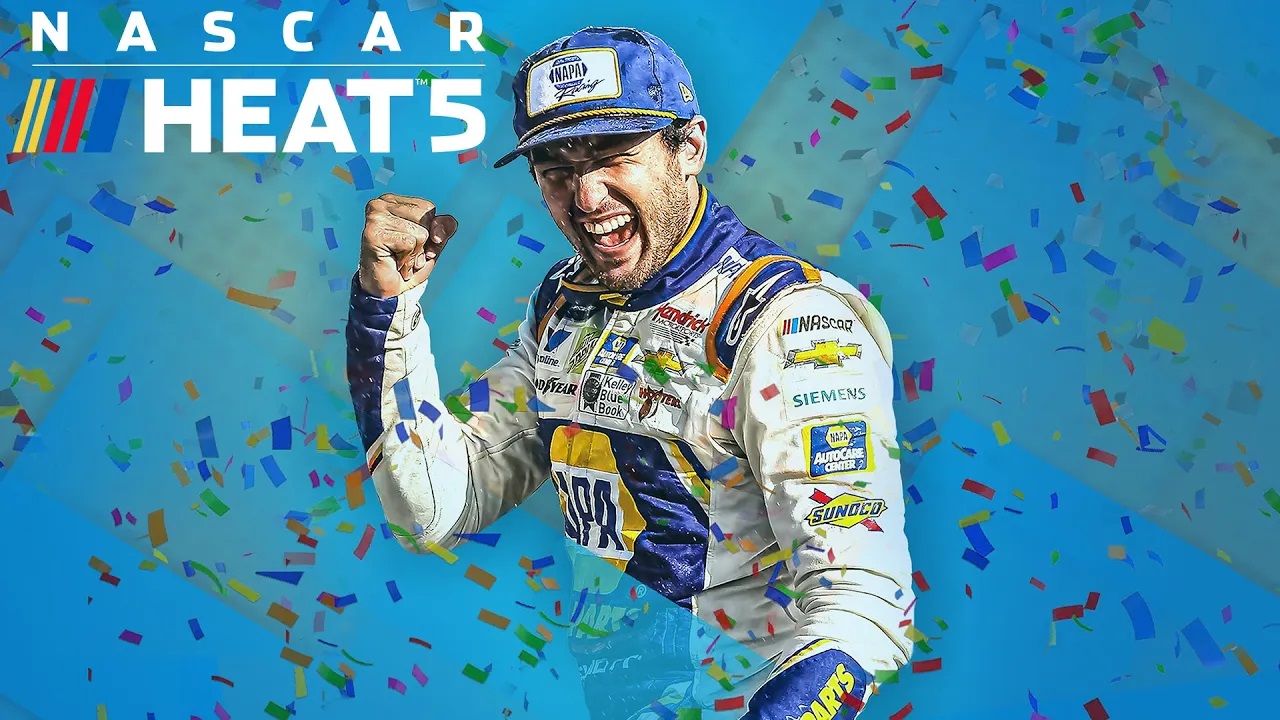 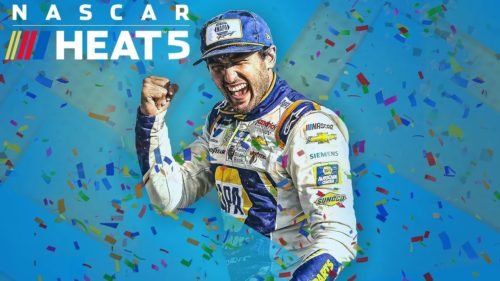 As somebody out there who’s not too knowledgeable when it comes to racing games, I was interested in seeing what NASCAR Heat 5 had to offer. And needless to say, it was a bit of a learning curve for me to be entering into a genre I rarely patron.

For a newcomer who didn’t know much about cars or racing, it was a bit of a challenge to truly enjoy NASCAR Heat 5. As I played the game further, it became clear to me that this game is more for those who are already fans and familiar with NASCAR.

The biggest problem I have with sports games is the lack of innovation in each installment. The same could be said for NASCAR. Due to its imitation of the real-life sport, NASCAR Heat 5 doesn’t do anything to be unique or stand out in an already saturated market filled to the brim with racing games. It’s a simulation of NASCAR after all, and this game is aimed towards those who already have a fondness for it.

So if you’re not a fan of racing games or NASCAR in general, then Heat 5 won’t really do anything to change your mind. It’s a fun and solid racing game, but you may want to take your time before you take your pick.

One of the many things I’ve noticed about the race tracks of this game is that it is extremely cramped. Unlike other racing games that may give their players some breathing room, NASCAR’s tracks feel almost suffocating. While there are different variations of tracks to choose from, almost all of them feel narrow due to having to race against 20 plus other cars in a single given track.

This makes the margin for error rather slim. One moment you could be sitting comfortably somewhere near the 10th place, in the next you’re bumped off track after a sharp turn and you’re spiraling out of control watching as the other cars drive past you.

There’s that level of demand for precision in this game that may frustrate some players. Knowing how to steadily overtake one car after another can require a steady amount of focus. And it’s honestly a bit intimidating the first time you enter a race and see just how many other racers you have to compete with. This is more especially poignant when you’re at the back of the starting line and it can almost feel hopeless to secure first place.

The controls can be rather simple. The brakes and reverse are located in one button while acceleration is on the other. You can switch views from first person to third depending on which feels more comfortable for you.

Now while the controls are simple enough, to truly be able to strive in this game requires a good understanding of the car you’re handling and familiarity with the race track you’re on. And being able to carefully balance the control and speed of your vehicle before the race starts is where the real challenge lies.

On normal mode, driving can be rather stiff. Almost as if you have to take the weight of your car into account. Thankfully for newcomers, there are driving aids that can help ease in the experience. You can select a preset of easy, normal, expert, or customize your driving aids to fit your needs. It’s a perfect little way to help players get accustomed to the game before they slowly learn how to make do themselves.

There is however a trade-off for using driving aids. While it gives you more control of your vehicle, it comes at the cost of speed. So while you’re less likely to mess up, you’re just as easily less likely to overtake the competition. I found it easier to attempt the game without the use of aids since the lack of assistance actually allowed me to hit those tight turns much easier while dictating how fast I could go.

On the racing tracks, you’ll be competing on, they can vary greatly despite mostly resembling some variation of an oval shape. Those sharp turns can be difficult to master. And it takes time getting attuned to a particular track.

Before a race begins, you’re given time to set up your car any way you’d like. And you’re even given time to practice as much as you’d like with the track and your setup before you try out for qualifications, which is the second phase before the start of the race.

Where you are in the starting line depends on the time you finished the track. The earlier you finish, the more you secure your spot in the front of the crowd. And this can heavily influence your place when you finish.

Practicing over and over again is recommended before attempting to race. The surface of the tracks as well as the sharp curves ahead of you can really change the way you drive. Rougher surfaces of sand and mud offer more of a challenge while the clean road of asphalt has less resistance to your control.

On the graphical side, NASCAR Heat 5 can be a little underwhelming. While initially rather impressive at first, the more I take a closer look at my surroundings, the more I realize that every spectator around me was just 2D cardboard cheering from the sidelines.

You won’t notice them from afar while you’re driving fast, but upon closer inspection they’re incredibly palpable. It comes off as a bit lazy this day and age. However this can be forgivable as you won’t really be noticing much beyond the tracks.

The cars however do look visually impressive. And while the character models are passable they could use some improvements.

There is a multitude of modes to choose from. Your options are a bit limited, but so far they have enough variety to keep things from getting boring.

There’s a career mode where you can create your own character and build them up by signing with teams or creating your own. You gain some currency for completing races based on your performances. However, I was a bit confused as to what exactly I was supposed to spend them on. It turns out that you really just spend it on decals and when you’re hiring your own team. So there’s no real reason to collect them beyond career mode.

If you’re more interested in a race without having to enter career mode, those are available as well. Compete online with other players or offline against computers in a quick race. There’s also a challenge mode where you’re given a brief rundown of NASCAR history before being given a challenge to beat it.

If you have a second controller, there’s even a split-screen multiplayer which is always a welcome addition.

From the main menu, you’re also given the option to customize a car of your own choosing as well as your own driver. Although customization can be somewhat limited in comparison to other racing games I’ve gotten a hold of, it should have enough variety to keep anyone satisfied.

NASCAR Heat 5 is a decent racing game. Even as somebody who isn’t a fan of the genre, I can say that the game is definitely entertaining. However, it still wasn’t enough to get me hooked on racing games. If you’re a fan of NASCAR or just want to add another racing game to your collection, then NASCAR Heat 5 just might be for you.

NASCAR Heat 5 – Review
Score Definition
You better have to choose if it’s worth spending your spare cash, because it might not be the game for you and it might be for others.
Pros
Decent Racing Game
Good Amount of Car Customization
Cons
Lack of Tutorial
Can Be Challenging To Learn
Not Friendly to Newcomers
6
Justified