Leaked info about Kuro no Kiseki 2 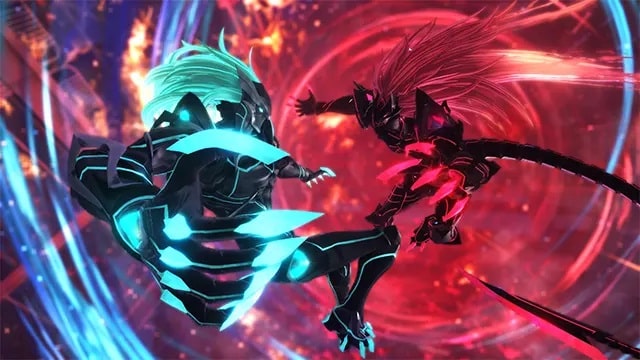 Last Year, Kuro No Kiseki II Crimson Sin was leaked and announced by Nihon Falcom as the next installment of the Kiseki series. It is set to be released on the PlayStation 4 and PlayStation 5 on Fall 2022 and fans of the series are starting to speculate as to what is going happen soon as they want to know what will happen in the new game and what types of challenges they will face.

In the latest Falcom Magazine Vol. 132, the cover of the magazine featured Elaine Auclair and Van Arkride for The Legend of Heroes: Kuro No Kiseki II. Not only that, new details about the game were revealed as we see Elaine in a new costume getup plus certain info in the game tells us that the game will be mostly centered on Van and Elaine as they will try to unravel the deep mysteries that cover the whole region of Calvard. Not only that, more news about the game will be revealed in the coming months as Nihon Falcom plans to reveal soon a sneak peek on what Kuro No Kiseki II: Crimson Sin has to offer.

“One year has pass since the events that occured in Kuro no Kiseki. Peace has been restored to land of Calvard after the threat of the mafia organization, Almata. One day, a murder was found in the capital city of Edith in which the victim belongs to the CID (Central Intelligence Division). The Calvard Police Force and the Bracer Guild are sent on a mission to corner and apprehend the suspect behind the incident and prevent the underground world of Calvard to wreck chaos and begin riotting once more.

Meanwhile, Van Arkride goes to a long journey of self discovery to find out more of his past and find out what truth lies beyond a case given to him by a mysterious client.

Who is this new enemy that threatens the peace of Calvard? Who was the murderer? What is his purpose? And what is the legacy left behind for Van by his great grandfather known as the Eight Genesis?“