Got confused on why you can't unlock the next Faction Reputation Rank? Here's how to fix that. 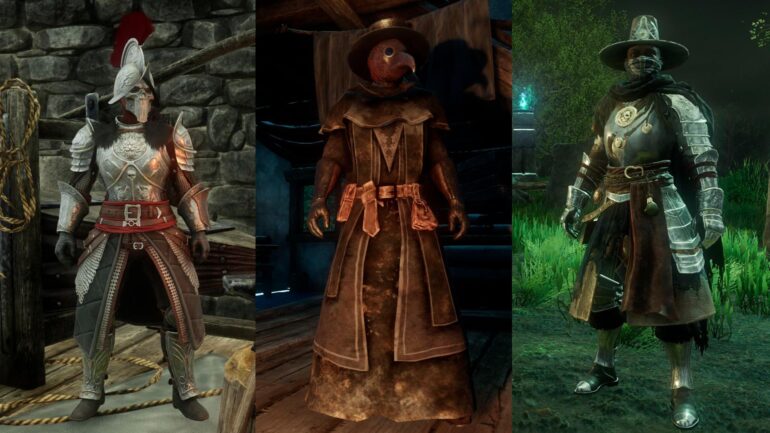 Faction reputation is one of the most important things you should be earning in New World because it can unlock powerful gear that you can use for your character. Some are confused about how it works though since the game does not clarify this. The first rank will lock your reputation at 3,000 and will not let you get past that, which has confused some newcomers. Here is how the New World faction reputation cap 3,000 “issue” can be fixed.

The source of the confusion in this is that some newcomers have encountered the faction reputation cap. They thought that when it reached 3,000 that was it since they could not get past it and nothing they did work. After completing faction quests and open-world PvP, you will gain such points and then it hits 3,000. Somehow, it did not level up or unlock anything.

Here is the thing that most of the players missed. There should have been a quest that would have popped up after reaching 3,000. If you still completely missed that, you can visit the faction representative to activate the quest. There should be one in every settlement.

There will be two types of quests that players need to complete before getting past the 3,000 faction reputation. The first one will be about getting tutored about your reputation and a long discussion. This can be ignored, but the second one needs to be completed since it is a challenge. Remember, you must go through each quest, you can ignore all of the details told in the first quest, but the second one, you should be more attentive.

Each faction has its own type of quests to go past the faction reputation cap. Some have conditions like level requirements in order to gain a new faction rank. The second quest will always be killing a certain enemy in a particular area as a challenge. After completing that, your rank should rise. The next rank will be Gladiator. Aim for the top rank, which is the Commander.

There are certain amounts of Faction Rank Reputation that you need to acquire in order to rise the ranks. Here are the ranks and the rep you need:

Each rank will demand more and more Faction Rank Reputation so it will be harder to do. This just pushes you to do PvP battles more since it gains you more rep compared to the Faction Quests. The quest does reward you with tokens that can be used to buy powerful weapons and armor, so it should be good to complete them as well.

The higher your rank, the better weapons, and armor you can purchase from your factions with the tokens you earned from PvP battles and completing Faction Quests. It will be a slow rise to power, but it will be a steady rise if you just keep at it.

PvP battles earn you tons of tokens, which is why it would be better to do this rather than the Faction Quests all the time. It also gives you experience too. Just do not be rude and kill low-level players, okay?

To know more about the weapons in New World and which was are the best and the worst, check this article here. If you want to know the best builds that you can follow for gaining tons of tokens, then check it out here.

New World is now available to download and play on PC.