Damage and Healing with the Void. 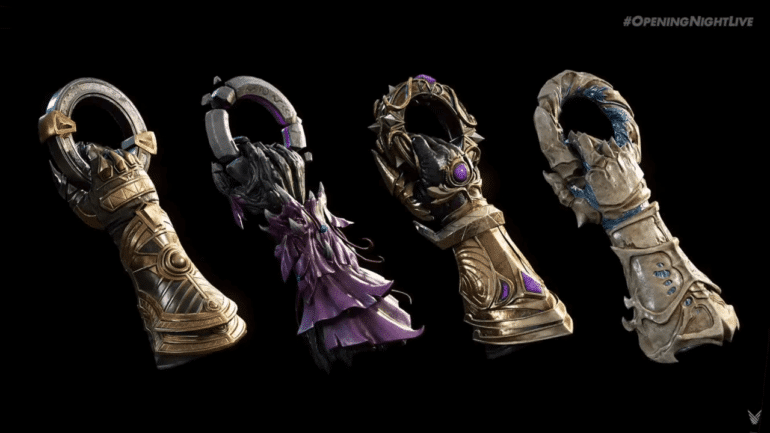 The Void Gauntlet has manifested itself in the realm of Aeternum! With this magical DPS/support hybrid, you can manipulate the powers of the Void to aid your allies and cripple your adversaries at the same time.

Due to its unique scaling on both Intelligence and Focus, it makes for an excellent pairing with the Life Staff and other magic weapons, among other things.

Combined with its arsenal of buffs and debuffs, the Void Gauntlet is an excellent choice for group combat and has the potential to significantly benefit your teammates at the expense of your adversaries.

The Void Gauntlet is a weapon that is still not yet released for New World. However, players will get their hands on this weapon for testing as New World launches its Public Test Realm (PTR) today November 10, at 12 PM PT (7PM UTC).

The PTR is a limited-availability server-set that will provide players with an early look at upcoming features in a safe and secure environment. It is possible that you will encounter bugs, crashes, missing text, or other issues while using these preview builds, which are snapshots of the upcoming major updates rather than final versions.

There will be a lot of new content in New World, including a new Varangian faction from the north. In addition, there will be a slew of new mission types and main story missions for both PvE and PvP players to explore.

It is possible that the Void Gauntlet will be released as early as version 1.0.6, but this is highly unlikely. Because of the size of these content updates, we will most likely see them at the earliest 1.0.7 and possibly as late as 1.1.0, according to the developers.

However, it would make sense to have it by early December at the very latest, especially given that the weapon appeared to be nearly finished even before the game’s release.

With the release of the Void Gauntlet comes the launch of a new Legendary Weapon Quest series.

Players should seek out Antiquarian Abbington in Reekwater once they have reached Level 60 and the highest possible skill level with the Void Gauntlet in order to begin this epic journey.

There is a legendary quest chain for every weapon, requiring you to grind a lot in order to obtain a purple quality of 580 Gear Score for the weapon.

Please keep in mind that in order to qualify for the Void Gauntlet Legendary Weapon Quest, you must have completed “Magaki’s Strategem” in Shattered Mountain as well as Legatus Fulvius’ quest series in Reekwater.

How Does the Void Gauntlet’s Damage and Healing Scale?

Close-range damage is the focus of the Annihilation tree, which is centered around Void Blade, a summoned blade of corrosive void energy that deals massive damage.

The Decay tree provides ranged healing and debuffs, and it revolves around the Orb of Decay, a dual phase projectile that can both debuff enemies and heal allies at the same time.

There isn’t much information to go around with regards to how scaling will work for the void gauntlet but we can assume that it will scale similarly to the Ice Gauntlet which uses Intelligence as its primary attribute for damage and it will rely on Focus for its healing. There is currently no info with regards to its attack types.

The Void Gauntlet has two skills trees which are called Annihilation and Decay.

Players can combine abilities from both skill trees, but only one ultimate. To get the Ultimate ability, the player must unlock an ability in the previous row and 10 abilities in the selected tree to unlock.

And that wraps it up for all the information we have regarding New World’s Void Gauntlet. For more info on New World, you can check out our other guides such as gold farming, leveling, and more,