Jenny, Hugh, and Rocko are joining the game! 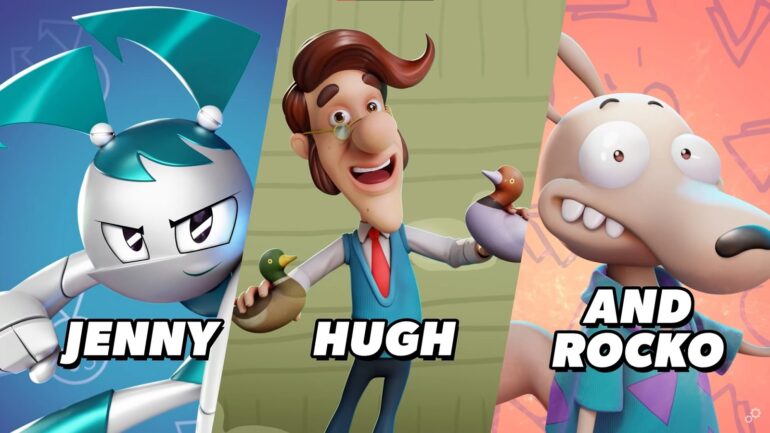 Ludosity and Fair Play Labs have announced three new characters that will join the Nickelodeon All Star Brawl roster.

The three new fighters that will join the game via the new Universe DLC pack. The first character is Jenny from My Life as a Teenage Robot, which is now available together with the newest update for the game.

There was a teaser before the big announcement and it had the line “Back to the lab again,” which made players think the new character will be the popular cartoon character Jimmy Neutron. It is a line that he would most likely say so fans easily speculated that. Instead, it was Jenny from My Life as a Teenage Robot. The show ran in 2003 to 2005 and on Nicktoons in 2008 to 2009. Jenny aka XJ-9 is a sentient robot that tries to live like a normal teenage girl but gets disrupted when trouble comes to earth.

The Universe DLC pack will also have two more fighters joining but they will be added later. The second character is Hugh Neutron, the father of Jimmy Neutron and the third is Rocko from 90s cartoon Rocko’s Modern Life. Many fans are really looking forward to the latter character.

The DLC pack can be bought for only $11.99 and it will include all three characters. Players who want to buy them individually, they can buy them for $4.99 each.