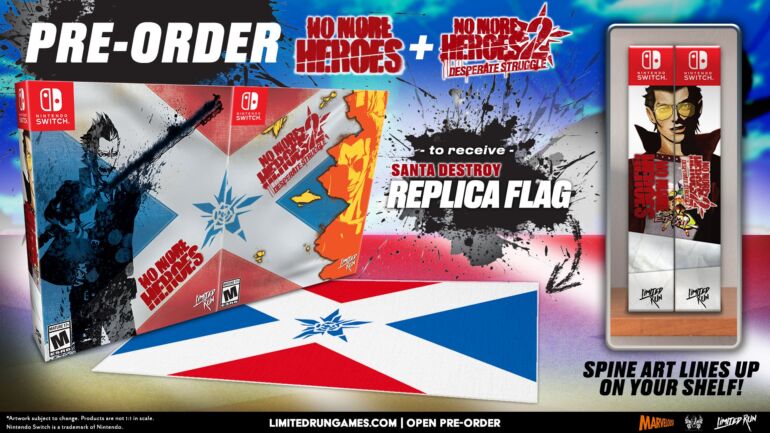 Game distributor Limited Run Games recently announced that it will produce physical copies of video games No More Heroes and No More Heroes 2: Desperate Struggle for the Nintendo Switch.

Both games in physical copies will be available to pre-order starting March 12 at 7am PT. The Standard Editions of each game will be sold separately for only $34.99. Both games will have its own physical cartridge, a case with interior art, and a full-color booklet.

There are Collector’s Editions for both games with a price tag of $69.99 each. Part 1 will feature a Deluxe Box, soundtrack CD, poster, SteelBook case, behind-the-scenes interview, and the art book. Part 2 will have the same contents with slight differences. Both boxes can connect as they are designed that way.

Pre-orders for the physical copies will end on April 11.