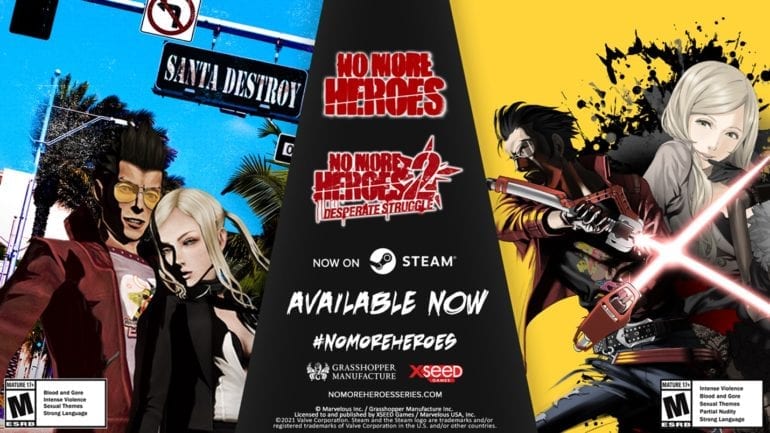 The cult classic titles from the brilliant mind of SUDA51 is now available on PC via Steam. Interested buyers can get the game digitally for only $19.99 each and to celebrate, XSEED Games is offering a 10 percent discount on both titles ending June 15

The PC releases will have HD visuals with 60 FPS. It also has Steam Cloud support and other PC-specific features.

Developed by Grasshopper Manufacture Inc. and Marvelous Inc. and published by XSEED Games globally on Windows PC via Steam, the remastered versions of No More Heroes and No More Heroes 2: Desperate Struggle are available for purchase on Steam priced at $19.99 each with a 10 percent launch discount ending June 15.