Octopath Traveler Review – The Classic JRPG That We Needed Today

Surrounded by 3D animated and high end 2.5D video games comes an awesome JRPG that caters to the nostalgia of old-school gamers. Octopath Traveler is one of those awesome classic JRPGs that bring back the greatness of old-school graphics with honest-to-goodness JRPG features. Here are the details of this game:

So let’s get this show on the road!

Graphics: 16-bit visuals that are so good that you wouldn’t think it’s really 16-bit

Octopath Traveler has this HD-2D visuals that combines 16-bit Super NES-style character sprites and textures with polygonal environments and high-definition effects (got that from wiki lol). Anyways, to make things short, even though it looks like 16-bit visuals, just like in the old days, it actually is different and maybe even better than the old ones. Even though the sprites are really small, you can almost feel the emotions that the characters portray in every scene. I am at awe on how well done they did this and the genius of it all. I’ve seen other games with almost the same visuals but nothing like this. The rivers, the water sparkles as it flows. Damn, how do they even do that?! The special effects are awesome as well, even though I know for a fact that they are just in 16-bit.

For visual graphics, the game earns a perfect 10. I can’t stress it more than enough but even though it’s 16-bit… wow.

Story: It’s so deep and varying I almost get lost in it

Octopath Traveler tells the stories of eight characters and all of them are really intriguing to follow in their own ways. I hear some players do not like other characters because they are too dramatic or they are far into religious aspects, but for me these are great spices for a very interesting story to tell. The one thing I hate most about boring game stories is the repetitiveness of a plotline that is so overused. With this game, you don’t have that kind of boring plot. It constantly changes throughout the game and might even change by the choices you make in your journey. There are even sidequests that have their own stories to tell and it is up to you if you wanna follow it up or just go on your journey. I can’t even catch up to some of these stories because I have other sidequests to finish. Each sidequest’s difficulty varies though because sometimes it’s really hard to solve and other times the answer is just beside you.

For the story, I am truly impressed of its depth, the vastness of its lore, and variety of character. I am scoring this another perfect 10.

Octopath has that awesome old school JRPG gameplay that kicks up my nostalgia to a high 8. It makes me remember the old days where it was so simple yet it also felt very exciting especially if the enemy has a higher level. This game is exactly like that with its turn-based JRPG system, but it has its new features. When you play JRPG, the battle menu comes down to this, right? Attack, Magic, Abilities/Skills, Items, Run. In Octopath Traveler, they tweaked that up with something better: You are allowed to charge up your attack and skills or abilities to deal a lot of damage, or have better effects. It’s a pretty nifty feature to use especially if the enemies are very tough to defeat. Let’s try not to depend on it though because it might burn you later on (trust me, I got burned too many times haha).

Each character has their own unique skill that they can use on the field. Some are similar, but they have their own unique effects on NPCs. They can glean out information, steal items, but items, challenge NPCs, and more. This allows more immersion for the players, but there’s a risk to it. If they fail five times, their reputation will fall and they won’t be able to use that skill in that town for a while, well until they pay the fees, which are damn high. So be careful and savescum, don’t worry, I did it too haha.

Then there’s the grinding system. Sure, it can be problematic and boring in the long run but that is essentially what JRPGs are, right? It’s supposed to be long and players should be patient so that their efforts will pay off in the end. This might not be for everyone though, so that’s a minus point for me.

For gameplay since it has to combination of nostalgic classic JRPG gameplay with some new features and field skills reminiscent to other JRPG classics as well. It is grindy as hell though, so it’s not for everyone. I’ll give this a 9.

Music: Not that hype but not that boring as well

Octopath Traveler has some soothing tunes when you go through towns, fields, valleys, dungeons, and more. In battle, you also get that certain beat just to keep you up through it and not make you sleep. Unlike certain JRPGs that I’ve played through the years, it’s not that super hypey that would make you fight enemies and never get bored of it, but it’s not that boring that you would lose interest as well. So it’s a smack in the middle for me in terms of soundtracks.

For voice acting, now that’s a whole new level. It’s pretty interesting to listen them talk in certain scenes and the best part is that I like the English voiceovers better than the Japanese ones. It’s because it suits them better and it’s not that over dramatic unlike other games out there *cough* Star Ocean *cough*. You can feel the emotion there and I mean the right emotion and not over dramatic emotion. It makes you empathize with the character really well. Good job Square Enix.

For music the tunes are just a bit above average for me and it has its certain charm, but compared to other games I’ve encountered, it’s not that perfect. The voiceovers though are perfect. So I’m going to score this a 7.

Replayability: No new game plus but tons to do post game

Some might not like the idea that Octopath Traveler has no new game plus (which I wished they had though), but for me, it is a perfect game to play on one playthrough only. It’s a really long game to finish and I doubt any of you could finish the game with all of the sidequests done and the secrets uncovered in just a very, very short amount of time. I mean come on, tons of sidequests, several dungeons to explore, a lot of unique items to steal or drop, many strong monsters to defeat, and so much more. There’s even a secret after finishing the main story line that you can uncover and might even give you some big power ups in the end. So yeah, one playthrough is enough but deep in my heart, I wish they had some sort of new game plus feature.

For replayability, the game offers a lot of things to do even though you’ll finish the main story. There’s just this slight guilt of wanting a new game plus. So I’m going to give this a 9.

So all in all, Octopath Traveler is the best game for any JRPG fans out there who want to play it most of the time on travel. There is so much nostalgia in this game, beautiful HD 16 bit visuals, awesome gameplay, but it has its slight kinks. I just hope other developers out there will be able to outdo this game and make a better one in the future, so there’s that challenge too. 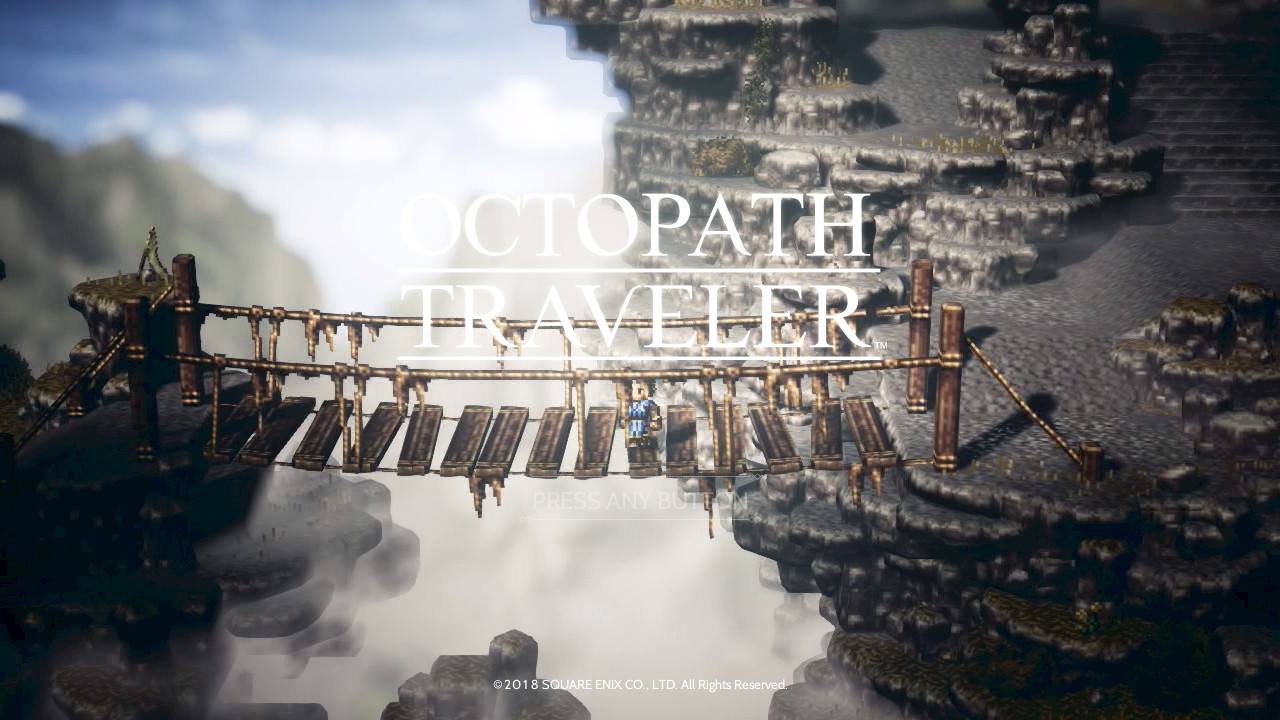 Octopath Traveler (Nintendo Switch Review)
Score Definition
May it be the likes of Shadow of the Colossus or Metal Gear Solid, if it’s quite there but not enough to push the boundaries, it’s still an awesome game.
Pros
Classic JRPG with new features
Beautiful HD 2D visualls
Variety of stories
Interesting characters
Excellent English voiceovers
Good one playthrough game
Cons
Grindy making it not for everyone
Music not that hype, not too boring
Wished there was new game plus
9
Excellent