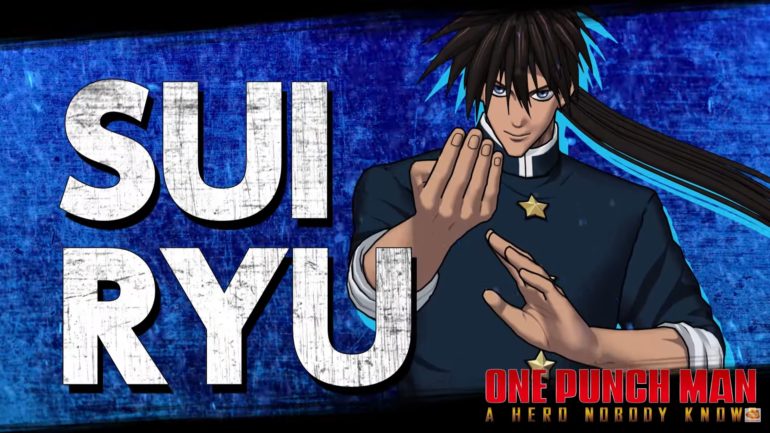 Game company Bandai Namco Entertainment recently announced that video game One Punch Man: A Hero Nobody Knows will be getting a new DLC character in a few days.

One Punch Man: a Hero Nobody Knows introduces Suiryu

The first DLC character to be added in this action fighting game is Suiryu. He is the five-time Super Fight champion in the manga and anime TV series. He comes with a new trailer, showing off his moveset.

Suiryu can use the Void Fist with high speed, reflexes, strength, and durability. In the story, he defeated two A-class heroes in the tournament, but lost to Saitama in their match.

The DLC character will be added this coming April 9. Gamers who purchased the game with the Character Pass or the Deluxe Edition of the game can get Suiryu when available.

The game is already available on PlayStation 4, Xbox One, and PC. Check out our review here.

Check out his trailer here: